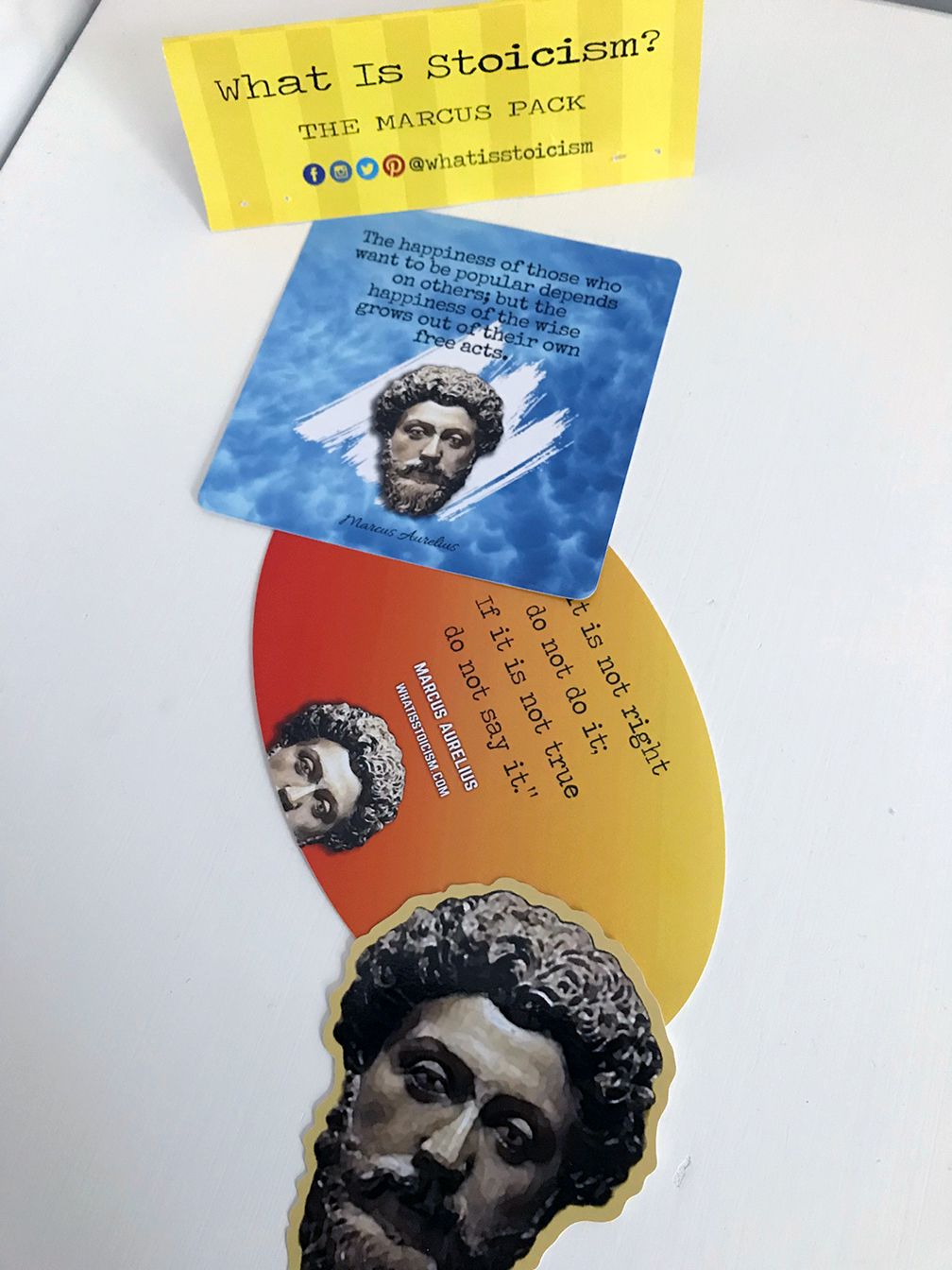 I have to admit getting into Stoicism for me at first was pretty half-assed. The principles really resonated with me but I wasn’t sure how I could implement them or even remember to think like a Stoic. One thing that really helped was making some simple Stoic reminders using post-it notes and putting them in places I couldn’t miss during the day –

This way I could keep Stoic quotes at the front of my mind, while trying to keep them relevant to the situation I’d find them – like the morning-themed quote on the alarm clock above!

By occasionally adding new ones I was able to expand my knowledge of the ancient Stoics and understand how the likes of Marcus Aurelius, Seneca and Epictetus would deal with different situations.

The post-it notes were extremely useful but it got to the point when I wanted to explore some more creative ideas. 🙂

As a result of that I had some really nice vinyl stickers made featuring “The Philosopher King” himself, Marcus Aurelius. One just featuring his face and the other two featuring the following quotes from his famous work, Meditations  – Being vinyl, these are obviously more durable than the post-it notes (which don’t take long to lose their stickiness) and, in all honesty, are just much nicer to look at.

So after using these for a little while, (sticking them on the back of my iPad, on my notebook and any other flat surface) I thought maybe other people would find them useful too!

Here’s some ideas on how to use them –

If you’d like to grab your own Stoic reminders, they’re available here on Amazon. Enjoy! What Is Your Ideal Life?