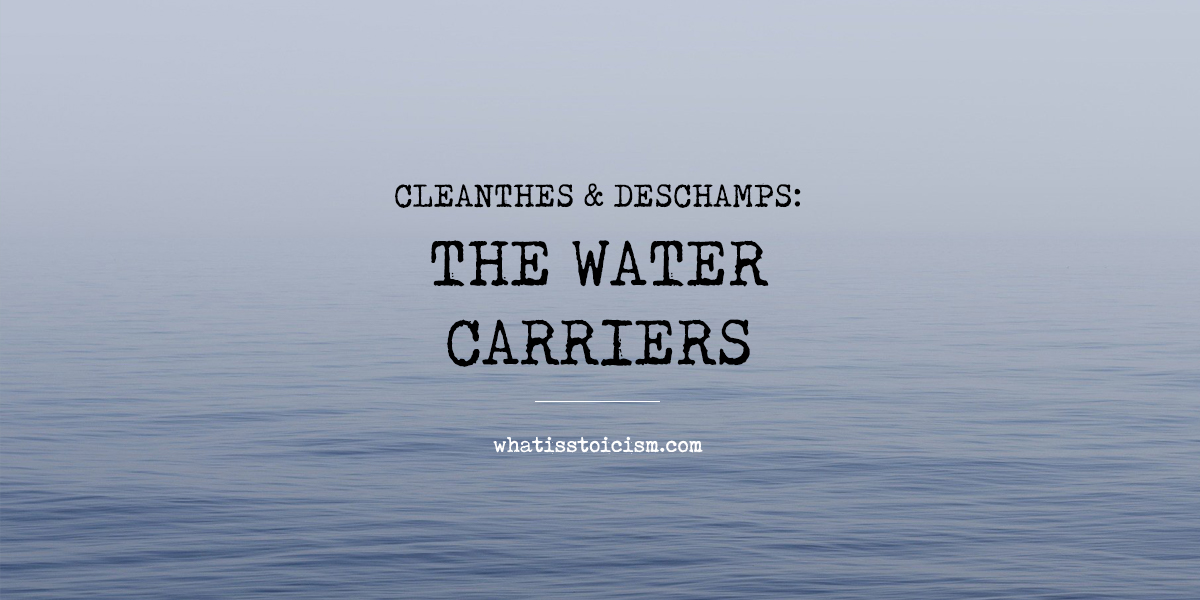 Before a big game between Manchester United and Juventus in 1996, United’s Eric Cantona sparked a row with Juve’s Didier Deschamps.

“He gets by because he gives 100%, but he will never be more than a water carrier,” said Cantona.

The “water carrier” label, used disparaginly by Cantona in this case, was also the nickname given to Cleanthes (born 330 BC), who literally had the job of transporting water in Athens.

Cleanthes was noted for continuing his manual labours even after becoming a well-known Stoic philosopher. Cantona’s implication was that Deschamps lacked ability and was only capable of doing “dirty work.”

“A water carrier? Yes, that’s exactly what I am. Great teams are not just created by the architect but also by bricklayers and hod carriers.”

When a king asked Cleanthes why he continued to draw water, he replied:

When United and Juve met in the Champions League in 1996, it was Deschamps’ team who prevailed, going on to finish runners-up in the tournament. He would win Europe’s top club competition twice in his career.

Deschamps also went on to win the World Cup, the top international competition, with France as both a player and a coach.

Cleanthes, initially derided for his workmanlike approach, slowly gained respect and admiration. Throughout it all, he held himself to the highest standards. He went on to become, following its founder Zeno, the second head of the Stoic school.

Deschamps wasn’t the gifted player that Cantona was but he was the player coaches could always rely on to work hard.

At the end of the 20th century, France Football voted for their French Player of the Century. Deschamps came 9th. Cantona came 10th. Not bad for a water carrier.

Diogenes wrote the following eulogy of Cleanthes, who lived to be 100 years old:

“I praise Cleanthes, but praise Hades more,
Who could not bear to see him grown so old.
So gave him rest among the dead,
Who’d drawn such a load of water while alive.”

Not bad for a water carrier.

Taking inspiration from the examples of Cleanthes and Deschamps, we can see the potential benefits if we keep these lessons in mind:

How James Frey Recovered From A Public Stoning