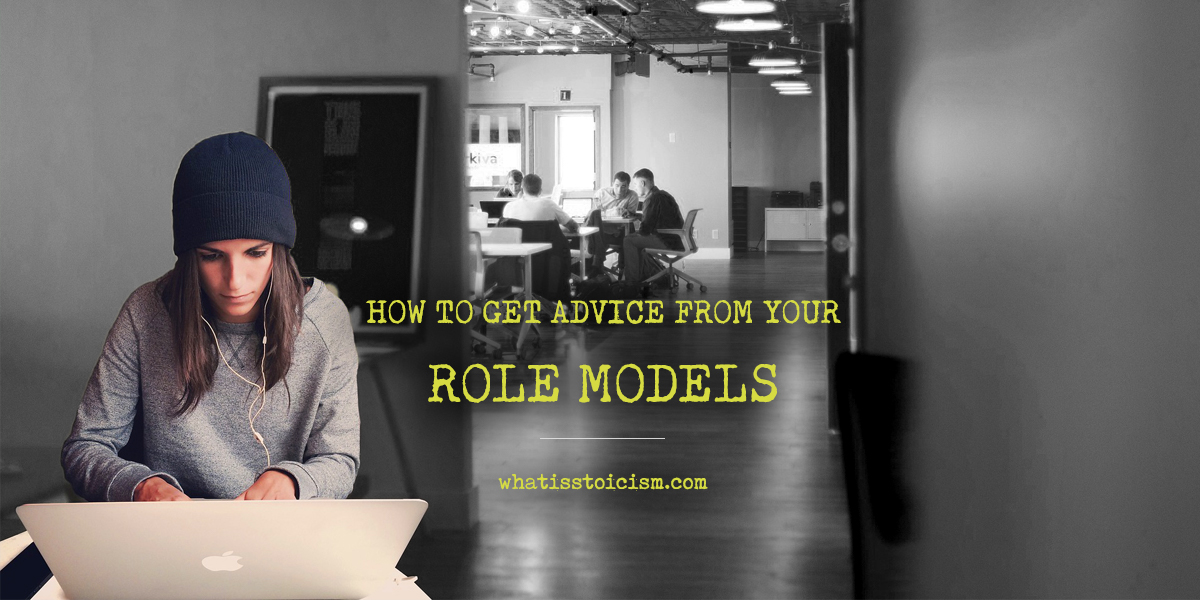 Seneca the Younger, the Stoic who has been a role model for many in the almost two thousand years since he died, himself had a role model. That role model was another Stoic (and another “the Younger”) – Cato.

In his letters to Lucilius, Seneca was enthusiastic about the benefits of having a worthy role model. He advised Lucilius to select one carefully:

“So choose yourself a Cato–or, if Cato seems too severe for you, a Laelius, a man whose character is not quite so strict. Choose someone whose way of life as well as words, and whose very face as mirroring the character that lies behind it, have won your approval. Be always pointing him out to yourself either as your guardian or as your model. There is a need, in my view, for someone as a standard against which our characters can measure themselves. Without a ruler to do it against you won’t make crooked straight.”

Cato was, in many ways, the Stoic ideal. He was known for his moral integrity, his tenacity in supporting just causes and his immunity to bribes at a time when such corruption was commonplace. He was a respected military tribune who led from the front and shared in the hardship of his men. In his stubborn defense of the Roman republic, he even preferred death over being ruled by Julius Caesar.

It’s easy to see why Seneca picked Cato as his “ruler to make crooked straight.”

In a similar way, Marcus Aurelius held Epictetus in very high regard. It’s clear to see the influence he had on Marcus’s Meditations even without taking into account the several times Epictetus is mentioned by name:

“It is fair to say that the essential substance of Marcus Aurelius’ Meditations comes from Epictetus.”

Pierre Hadot, Philosophy as a Way of Life

To Stoics, Cato and Epictetus were men of high caliber. It’s no surprise that Seneca and Marcus regarded them as role models. The unusual thing, particularly considering Seneca’s explicit “choosing” of Cato, is that the man died about 40 years before Seneca was born. Epictetus died when Marcus Aurelius was around 14 years old. They aren’t believed to have met.

Seneca had to look at Cato’s principles from accounts of his life and infer for himself how he would respond to certain situations. Marcus absorbed Epictetus’s teachings after being introduced to them by his own Stoic tutor, Junius Rusticus.

Faced with any given problem, both men were able to answer the question, “”What would Cato/Epictetus do?” and use that answer to guide their own response.

The author and pop-philosopher Derek Sivers takes a similar approach with his living role models.

Every time I get stuck in a situation, I think about my heroes. I ask myself, “What would this person say?”

Derek’s process is one anyone can use:

By the time he has constructed the email, Derek has channeled his role model enough in his head that he is able to take their imaginary advice.

Of course, sometimes there is no substitute for an honest conversation with a trusted mentor, but when that’s not possible thinking carefully about what they would say, channeling them, is a powerful alternative. Not least because it opens up a whole world of potential role models to you.