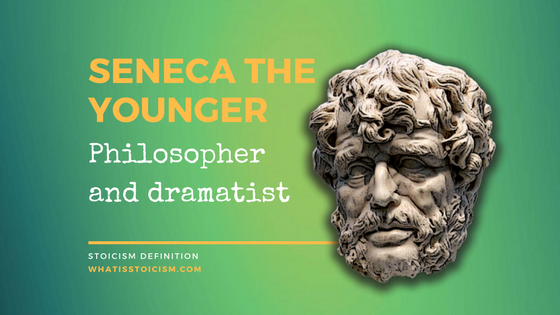 Lucius Annaeus Seneca’s story reads like a soap opera; a fact that certainly didn’t go unnoticed by poets and playwrights throughout the 2000 years since he walked the earth. Chaucer, Dante, Montdeverdi, they all found special places for Seneca the Younger in their works. As a Stoic, he was a little different and it’s safe to say he fell rather short on the ascetic front, at least in his lifestyle choices.

Amassing massive wealth, keeping vast lands and partaking of other men’s ladies, enjoying lavish feasts and who knows what else; Seneca managed to make a name for himself as something of a hypocrite. Ironically though, it’s his exposure to these aspects of life that perhaps give his work, on related topics, that much more flare and impact.

The boy from Cordoba

Seneca the Younger was born some time between 8 and 1 BC. Most teachings put it at 4 BC, in Cordoba, Spain. He was born to a family of great wealth and considerable talent in the field of rhetoric and literature. One of the factors that may well have upheld his influence through the ages is his family’s ties to Christianity. His brother ran into Paul the Apostle in Achaea in 52 AD and Seneca’s writings were favourably looked upon by the church since they kept something of a Christian undertone…or at least they never contradicted it. Seneca said of religion: “Religion is regarded by the common people as true, by the wise as false and by the rulers as useful.”

Perhaps the most remarkable aspect of Seneca’s story is the fact that he became adviser to Nero, one of history’s greatest tyrants, after tutoring him as a young boy. Indeed, it’s these dealings with Nero and the wealth of intrigue that resulted from them, which made Seneca the focus of so much criticism over the centuries. That criticism began whilst he still held the advisory post and it’s what forced him to retire. His wealth, in the face of his Stoic teachings, was in fact a great source of scorn. However on wealth he said the following:

For many men, the acquisition of wealth does not end their troubles, it only changes them.

He only took his post as tutor to Nero late in life. After his arrival in Rome as a boy, under the guardianship of his aunt, he studied a blend of acetic Neo-Pythagoreanism and Stoicism philosophy under Sextii and also trained as an orator. When he suffered a bout of ill health, it was decided that he should gain his strength in Egypt, with his aunt and her husband, Prefect Gaius Galerius. He only returned to Rome in 31 AD, entering into a career in law and politics. Claudius was emperor at the time and not fond of Seneca whatsoever. Seneca was later banned by his enemy, in 41 AD – it seems he had some rather illicit dealings with the married princess, Julia Livilla. It must have been his talent for speech and psychology that saw his life spared on that occasion and perhaps on many others.

Then, in the first twist of a fateful irony, Seneca was recalled to Rome, at the behest of Claudius’ wife, Julia Agrippina. The ruling couple’s son was Nero and so Seneca and Nero’s famed partnership began. It was only after many years in retirement, in 61 AD, that Seneca’s critics implicated him in a plot to assassinate Nero. Nero ordered him to take his own life. He did so in typically Stoic style. In a warm bath he took poison and cut his veins, dying slowly and quietly.

Of course, Seneca the Younger, while not likely to have actually been involved in the conspiracy, was by no means innocent. He’d assisted Nero in arranging Agrippina’s demise years before, even though it was she who called him back from banishment. It was all rather ironic, rather tragic too. Indeed, there were many things he did which went against the Stoic grain. But that doesn’t mean that his works are devoid of relevance.

Seneca the Younger, the writer

Seneca the Younger was a prolific writer and he didn’t just write philosophy. No, he wrote treatises on the natural sciences, 10 tragedies and even a comedy. Philosophically, his Consolations, which were written to console friends who’d suffered loss, were quite profound. His De Brevitate Vitae (on the brevity of life) is uniquely inspiring and tackles the subject of time management. Seneca concludes that we actually have more than enough time in our lives to achieve all that we desire. It’s just that our time management skills are dismal. Also among his dialogues, pieces on both providence and happiness, De Providentia and De Vita Beata.

He’s acclaimed for his many essays focusing on particular problems and focused questions of morality. What seemed to be an overriding theme throughout his works though was death. He believed strongly that we should face the fact that we will die and accept the suffering we’d endure en-route to that eventuality, for the sake of the soul. While he preached Stoic principles, his work by no means contradicted Christian teachings and this is something that actually makes it rather unique. He spoke of Providence, instead of a Fire for example. Nevertheless, he’ll always be remembered for insisting that virtuous men live simple lives of simple means, while he himself retained a state of opulence, feasting and always a scandal looming on the horizon. Perhaps it was his own hypocrisy, perhaps just the company he kept.

Likewise, perhaps it is the company he kept that caused him to tackle anger in one of his dialogues. No doubt he saw much of it in the position he held, he certainly knew how to make enemies. In this dialogue he detailed that most destructive emotion, how to recognise it, how to overcome it and how to avoid it. Very useful indeed.

Hesitation is the best cure for anger. The first blows of anger are heavy but if it waits, it will think again.

Stoics understand that suffering is key to quality and, surely, maketh the man. Not only was he one of the first to say, “It’s quality rather than quantity that matters,” he also held that:

It is the bravest sight in the world to see a great man struggling against adversity.

Perhaps one of my favourite lessons by Seneca the Younger and one that many a ‘worrier’ will likely appreciate:

On the Shortness of Life 9

What Is Living In Accordance With Nature?

What Is The Dichotomy Of Control?