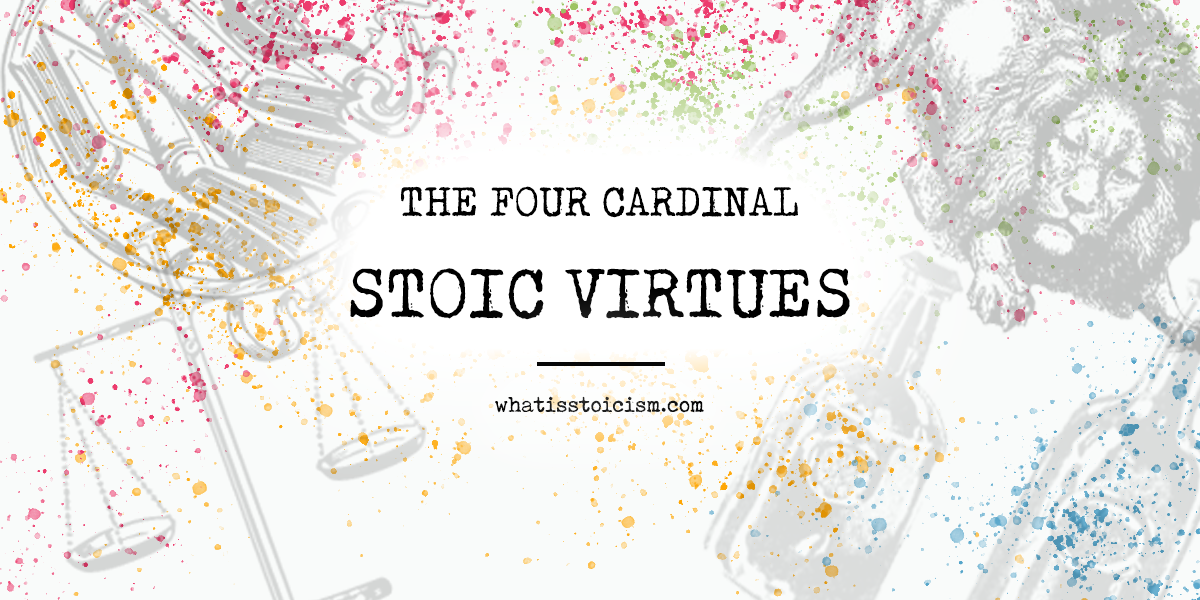 They are the principles that students should seek to practice if they are to exemplify the character of a Stoic.

The virtues are thought to be derived from the teachings of the Greek philosopher Plato, who defined the same four principles in his Republic (Book IV, 426–435).

Below is a handy infographic displaying the definition of each virtue. Feel free to print it and keep it nearby as a reminder to yourself.

(The slightly fuller descriptions are in the text at the bottom.)

The state of the soul which is unmoved by fear; self-restraint in the soul about what is fearful and terrible; boldness in obedience to wisdom; being intrepid in the face of death; the state which stands on guard over correct thinking in dangerous situations; force of fortitude in respect of virtue.

The unanimity of the soul with itself, and the good discipline of the parts of the soul with respect to each other; the state that distributes to each person according to what is deserved; the state on account of which its possessor chooses what appears to him to be just; the state underlying a law-abiding way of life; social equality; the state of obedience to the laws.

Moderation of the soul concerning the desires and pleasures that normally occur in it; harmony and good discipline in the soul in respect of normal pleasures and pains; concord of the soul in respect of ruling and being ruled; normal personal independence; good discipline in the soul; rational agreement within the soul about what is admirable and contemptible; the state by which its possessor chooses and is cautious about what he should.

What Is The Stoic Reserve Clause?