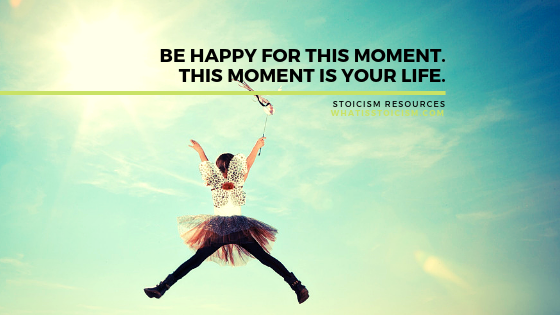 I was introduced to someone today and the first thing they said to me was: “I love you.” This took me aback and I panicked and replied with, “Nice to meet you!”

Luckily for me they seemed to happily accept my fumbled greeting even though I hadn’t reciprocated their more emotional one. Worried that I had made a poor first impression that would irreparably damage our relationship, I was relieved when they didn’t make a big deal out of it.

No, Charlie didn’t seem to mind at all. In fact, he immediately offered me a slice of the angel cake he had just got from the shop. I accepted and sensed he respected my appreciation for cake. After I passed this test I knew we were good. I had made a new friend.

Charlie is a six-year-old who my sister looks after as part of her childminding work. She had already told me a lot about him but she brought him to see me today for the first time and he lived up to his billing.

He’s like a little stop-and-go tornado. His attention bounces for brief periods of interest between eating ham sandwiches, offering cake, talking endearing nonsense, and running and jumping. Everything to him is about the current moment, about enjoying what’s right in front of his eyes.

Half an hour with Charlie makes you realise that your day wasn’t as bad as you thought – what you thought were problems weren’t problems really, because a six-year-old is impressed by how high you can jump and that makes you smile.

There’s a quote by Omar Khayyam that goes: “Be happy for this moment. This moment is your life.” It’s advice that can be repeated to yourself at any time because life is just a long sequence of “this moments.” Even if you’re in a bad situation it’s still possible to find a reason to be happy for the moment – maybe you can appreciate being tested, maybe the bad situation is coming to an end soon, or maybe you just like bad situations.

Seneca also warned of the dangers of letting what’s in front of us slip by unnoticed:

“Expecting is the greatest impediment to living. In anticipation of tomorrow, it loses today.”

On the Shortness of Life IX

Don’t lose today, experience it. Experience it like Charlie does, appreciate everything as if it was put on earth just for you, as if each day you’re seeing it for the first time. Things aren’t always bright and breezy, I get that. I’m not suggesting you’ll feel like starting each morning by running into the nearest field, getting on all fours and gazing at a daisy with unbounded wonderment, smiling like a lunatic as you pluck it and bouncily skip through the grass holding the flower aloft in praise to the sun for generously facilitating photosynthesis.

Mercifully, it takes a bit less effort than that.

It’s not really a “glass half full” thing either, it’s even simpler. In A Guide to the Good Life, William B. Irvine writes that a Stoic doesn’t just appreciate how much a glass has in it, but appreciates actually having a glass in the first place:

“This might sound a bit silly, but to someone who has not lost his capacity for joy, the world is a wonderful place. To such a person, glasses are amazing; to everyone else, a glass is just a glass, and it is half empty to boot.”

So by noticing and appreciating the little things that we normally take for granted we can be happy for the present moment.

Charlie loves ham sandwiches. They consist of nothing more than a thin sheet of processed pork between two slices of bread. Presented 100 times with a choice between anything else and a ham sandwich, he’d choose the ham sandwich 100 times. To most people, as food goes, a ham sandwich is about as exciting as a damp dishcloth. To Charlie, a ham sandwich is “looovely”, and watching him eat one, each bite seems to be as lovely as the last. How can I ever complain about any meal knowing how content a six-year-old is eating something that has literally two ingredients and basically no taste?

After Charlie had finished his ham sandwich he immediately wanted to go outside to play. I got the invite and felt the warmth of acceptance again. I was quickly instructed to start running, and so there we were, zipping through the garden with no real direction but laughing nonetheless. I followed Charlie, then he followed me, then we jumped onto the step and then jumped back down. Then we ran again.

For ten or fifteen minutes there was nothing else to think about besides what to jump on and where to run next. Complete happiness for this moment.

We can’t aim at happiness by filling all our waking moments bounding about aimlessly outdoors, but we can adopt the same mindset more often and ask ourselves – am I happy for this moment right now? What small thing in my immediate surroundings can I appreciate?

Soon it was time for Charlie to go home. We stopped running, said a quick goodbye, and he was gone. There was no need for him to draw out his departure, it was swiftly on to the next adventure. The lack of attachment was impressive, it was as if his thought process was, “Well I knew this couldn’t last forever, let’s see what’s next!” For Charlie, each consecutive “this moment” is being taken for what it is and the previous “this moments” are banked or discarded.

Going back to A Guide to the Good Life, Irvine discusses how the Stoics advocated letting go of the past. He points to Marcus Aurelius and the Roman Emperor’s belief that all we truly own is the present moment; that we should live (live!) in “this fleeting instant,” and take a fatalistic attitude towards what has gone before.

It can be difficult to be fatalistic towards the past, to let worries just drift away like the seeds of a blown dandelion, but practices like meditation and journaling can help keep us focused on the present, and we have to at least try. Otherwise we’ll be stuck on a hamster wheel, mentally replaying all those times when we should’ve done things differently.

While we won’t be able to see the world as Charlie sees it all the time, it’s worth remembering what Seneca said about “youthful enthusiasms” – hang on to them as you’ll be able to use them better when you’re older.

The final thing to note about Charlie is that he has Down’s syndrome, which is a condition associated with learning disability and characteristic facial features. Maybe his life will be more difficult as he gets older and notices he is different to most other people, or maybe he will retain a pure view of the world and live the same happy life that he is living now. I don’t know. What I do know is that right now he’s only concerning himself with this moment and I wish I could do the same.

Exercise: Write Your Meditations Book One

What Stoicism Is NOT: The School Of Isolation