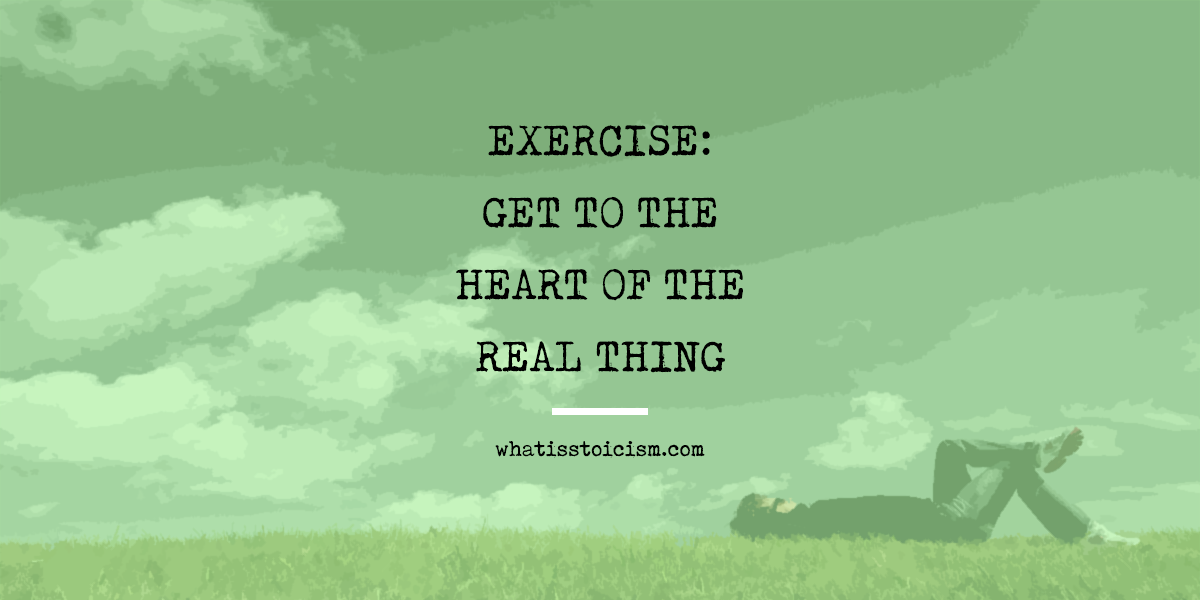 The comedian David Mitchell was working on a jocular answer to the tricky question “What are things?” for his Guardian column when he wrote the following:

“What is a call to prayer but a noisy sport without a scoring system? What is a drama but an unbelievably long comedy without any jokes? What is an awards ceremony but a strange and inefficient distribution system for vulgar knick-knacks? Well, some would say it’s a comedy, some a drama, some, what with all the getting up and down, a sport. And it’s certainly a call to prayer for many nominees.

A spoon is just a very ineffective fork with a single blunted tine. A fork is only a spoon with annoying holes that inhibit soup consumption. What is soup but a liquid mousse? And isn’t steak and chips just a very hearty, lumpy consommé? Or a hot and greasy weapon? A work of modern art? Or a weirdly meaty non-dairy cheese?”

In viewing these things from a different perspective, David blurred their reality somewhat. Or at least the reality of them that we accept without question. I hadn’t considered soup as a liquid mousse before. I still don’t of course, but it’ll certainly give me pause the next time I’m served a hot, vegetable-based starter or a cold, chocolate-based dessert. (Note to self: potentially lucrative idea for a health-conscious dessert — vegetable mousse.)

Runny and aerated foods aside, it’s an underappreciated power that we all have to be able to view things in ways that go against accepted norms. Things don’t always have to be what we’re told they are, what they’re built up to be. But how is this power of ours useful?

How Did The Stoics Do It?

Well, Marcus Aurelius had some amazingly effective advice for himself when he felt he was over-indulging in the luxuries of life, or at least becoming tempted by them.* It went like this:

“This should be your practice throughout all your life: when things have such a plausible appearance, show them naked, see their shoddiness, strip away their own boastful account of themselves. Vanity is the greatest seducer of reason: when you are most convinced that your work is important, that is when you are most under its spell.”

He essentially reduced everything that induced a craving in him to its simplest form; its naked, constituent parts. His idea was to see everything for what it was, knowing that what it was, when stripped down, ultimately wouldn’t be much. In seeing the “shoddiness” of things, Marcus was able to extinguish his lust for them, freeing his mind for other everydayness, like ruling the Roman Empire.

This same advice can be just as effective for us today, even the few who don’t have an empire to run. It’s advice that is easy to follow, and requires only a few minutes to implement.

Start by thinking of everything you value that doesn’t breathe (I mean, we could do this with breathing things we value like other humans, but perhaps we don’t want to get into describing a loved one’s constituent parts). Possessions, things you’ve acquired, worked hard to pay for. Things you desire that are just out of your reach and things your neighbour owns that you secretly covet.

Now take a few of these things and consider them in more detail. You may be eyeing the $1200 phone that purports to be your portal to every desirable aspect of the wider world, but it loses some of its mystique when you think of it as a small block of mainly aluminium (aerospace-grade!), iron, copper and silicon. Thousand-dollar designer shirts feel nice against the skin (I assume), but isn’t their silk material just animal fibre produced by certain insects and arachnids as building material for cocoons and webs? And caviar; caviar is expensive fish eggs.

It’s a fun game. I could go on, but here’s how Marcus Aurelius did it:

“How good it is when you have roast meat or suchlike foods before you, to impress on your mind that this is the dead body of a fish, this is the dead body of a bird or pig; and again, that the Falernian wine is the mere juice of grapes, and your purple edged robe simply the hair of a sheep soaked in shell-fish blood! And in sexual intercourse that it is no more than the friction of a membrane and a spurt of mucus ejected.

How good these perceptions are at getting to the heart of the real thing and penetrating through it, so you can see it for what it is!”

Try it yourself, take a blank page and write a few things that currently have some sort of hold on you (including why it has a hold on you), leaving space below each. Under each of these headings, insert two bullet points. At the first bullet point, write down the common description of the thing, what it claims to be. At the second bullet point, get to the heart of the real thing and write what it really is. Remove its own boastful account of itself, as Marcus would say. Read it back and remove your dependence on it.

The thing: I need to buy a better car . It’ll greatly increase my monthly outgoings but my neighbour has been too smug since upgrading his.

What it claims to be:

What it really is:

*Note: Marcus Aurelius’s personal physician Galen once wrote a treatise entitled On Barley Soup. Nowhere in the Meditations did Marcus feel the need to describe it as a liquid mousse. Perhaps he didn’t much care for it.

Exercise: How To Invite Insults (And Why You Should)

Why We Have One Tongue But Two Ears