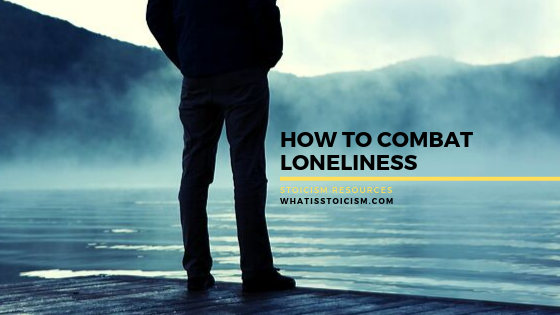 “Loneliness isn’t the physical absence of other people – it’s the sense that you’re not sharing anything that matters with anyone else.”

The above is a quote from Johann Hari’s book Lost Connections. Judging by the reaction to a recent piece, it resonates with a lot of people. It’s a sobering, perhaps even revelatory, thought – that even if you’re constantly in the company of other humans, it’s still possible to feel lonely.

“Loneliness does not come from having no people about one, but from being unable to communicate the things that seem important to oneself, or from holding certain views which others find inadmissible.”

It was interesting to read CNN political analyst Kirsten Powers’s commentary on the sentiment when she reposted it on Instagram. Her caption, and the subsequent comments, seem to prove that this definition of loneliness makes a lot of sense to people who hadn’t previously seen it that way.

Wow. This really hit me hard this morning. I had never really thought of formulating it this way, but this really is the root of loneliness for so many people, including me. I’m lucky to have a partner (@draperrobert) who I get to share the good and the bad with in my life. But in a world where everybody is so busy, being able to connect with friends and family real time when you are experiencing things….often good things…sometimes can feel like trying to plan the moon landing. By the time my phone call is returned – – if in fact it is actually returned versus someone texting me back – – I can’t even remember why I called in the first place. Friendship too often feels like getting together every few weeks or once a month or every other month and vomiting your whole life out to each other and then going your separate ways. If something goes wrong, or there is a crisis, then people are thankfully usually there when you need them but what about when you just want to share something good that happened or just experience life together for a few minutes? This is so different than what it was even in my 20s before smart phones and social media and the constant overbooking of people’s lives. I’m not sure what the solution to this is though I have sort of a fantasy that if I moved to a smaller town with a slower pace that it would be different but I’m not even sure if that’s true anymore. I feel like life is moving so fast for everybody. But what say you America? What is your experience based on where you live? Credit: @whatisstoicism + @johann.hari

Kirsten says she isn’t sure what the solution is, and neither am I. If the solution were easy there would be little need for Loneliness Awareness Week. There would be no warnings about the health risks of loneliness. And people like Johann Hari and Carl Jung wouldn’t have spent so much time ruminating on the issue.

But a problem being difficult shouldn’t stop us trying to solve it. As Epicurus wrote, “The greater the difficulty, the more glory in surmounting it. Skilful pilots gain their reputation from storms and tempests.”

Defining it correctly, as Hari and Jung seem to have done, is a step in the right direction. How can you truly solve a problem if you only know the symptoms and not the root cause?

As Marcus Aurelius was expressing when he wrote that humans exist for the sake of one another, a distinctive feature of Stoicism is its cosmopolitanism. Stoics strongly believe in the common good and the social responsibility we have to help others. Some of ways we can try to combat loneliness lie in these principles.

Hari touches on this in Lost Connections:

I started to think of one of the most banal, obvious clichés we have: Be you. Be yourself…

We say it to encourage people when they are lost, or down. Even our shampoo bottles tell us—because you’re worth it. But what I was being taught is—if you want to stop being depressed, don’t be you. Don’t be yourself. Don’t fixate on how you’re worth it. It’s thinking about you, you, you that’s helped to make you feel so lousy. Don’t be you. Be us. Be we. Be part of the group. Make the group worth it.

The real path to happiness, they were telling me, comes from dismantling our ego walls—from letting yourself flow into other people’s stories and letting their stories flow into yours; from pooling your identity, from realizing that you were never you—alone, heroic, sad—all along.

No, don’t be you. Be connected with everyone around you. Be part of the whole. Don’t strive to be the guy addressing the crowd. Strive to be the crowd. So part of overcoming our depression and anxiety—the first step, and one of the most crucial—is coming together.

Combating loneliness by being part of a group seems obvious, but remember, it’s not just the physical proximity to more people that helps. We need to go deeper to feel the true benefit of interacting with others.

The key is looking outside ourselves. That may seem counter-intuitive as we are the ones who feel lonely, but as Hari goes on to say, it is helping others that allows us to share something meaningful. And that is getting to the true root cause of loneliness.

I saw the error I had been making. Now, when I feel myself starting to slide down, I don’t do something for myself—I try to do something for someone else. I go to see a friend and try to focus very hard on how they are feeling and making them feel better.

I try to do something for my network, or my group—or even try to help strangers who look distressed.

I learned something I wouldn’t have thought was possible at the start. Even if you are in pain, you can almost always make someone else feel a little bit better. Or I would try to channel it into more overt political actions, to make the society better. When I applied this technique, I realized that it often—though not always—stopped the slide downward. It worked much more effectively than trying to build myself up alone.

In his Meditations, Marcus Aurelius beautifully condenses all the above into just one line:

Have I done something for the common good? Then I too have benefited.

It’s easy to say “go join a group and you won’t be lonely”, but it’s not so easily done for a lot of people. While we need face-to-face interactions in our lives to feel truly connected to people, there are other ways to be part of a group when meeting up with friends and family isn’t possible.

Here are some examples of groups and campaigns that have formed with the purpose of embracing those who need to share something meaningful.

Even if none of these appeal to you, even if none of them are accessible, perhaps they inspire you to form your own group. There’s no need for it to be a large group, no reason why it can’t be just two people. By the earlier definition, as long as you are sharing something meaningful with someone else then you are doing what you can to combat loneliness. Look outside yourself. If you can’t share something of your own then help someone else. Help them with anything, however small. Do something for the common good and you too will benefit.