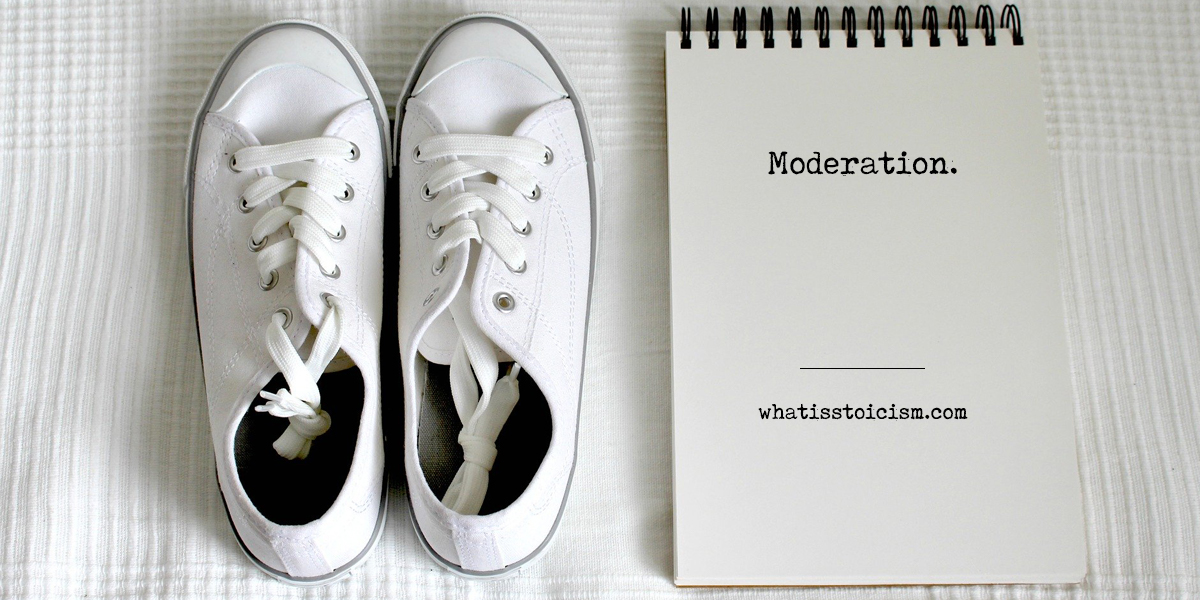 In Ancient Greece, the forecourt of the Temple of Apollo bore the inscription “Nothing in excess.” The Ancient Stoics adopted moderation as one of their four cardinal virtues alongside justice, wisdom and courage. Minimalism, an approach to life that moderates consumption, continues to gain popularity in the modern era.

Through ages and eras we have constantly been reminded of the dangers of too much. It’s obvious that too much sugar or alcohol or stress or <insert vice here> is detrimental. But even inherently good things in excess eventually turn bad:

It is possible to have too much of a good thing. In excess, most endeavors and possessions take on the characteristics of their opposite. Thus: Pacifists become militants. Freedom fighters become tyrants. Blessings become curses. Help becomes hindrance. More becomes less. Too much, too many, and too often of what you want becomes what you don’t want.

The caliber of people who have promoted moderation over the years is such that we can’t ignore the guidance.

The inscription in the Temple of Apollo is one of the 147 Delphic maxims that adorn it. Along with “Know thyself” and “Surety brings ruin”, “Nothing in excess” was deemed important enough to be placed at the entrance. Many believed the maxims to be handed down from Apollo himself, while some scholars later attributed them to the Seven Sages of Greece. Wherever they came from, they were adopted by many to, as the Roman educator Quintilian put it, improve their moral core.

Improving a student’s moral core was also the intention of the Stoics when teaching their cardinal virtues. Using the term sôphrosunê, they referred to moderation of the soul concerning the desires and pleasures that normally occur in it; rational agreement within the soul about what is admirable and contemptible.

This rational agreement within the soul is key when practicing moderation – it’s vital that we have a clear picture of what we value so that we can make easier decisions.

If that point seems too abstract, it can be better illustrated through the principles of Joshua Fields Millburn and Ryan Nicodemus, otherwise known as The Minimalists.

Although adopting minimalism as a way of life may conjure images of asceticism or voluntary poverty, The Minimalists reject this. They describe it as a lifestyle that helps people question what things add value to their lives. In other words, it’s a lifestyle of moderation. From possessions to diet to relationships, everything is carefully moderated so that adherents rarely have more than they truly need. They never get lost in the fog of clutter.

When the clutter is cleared the result is a more meaningful life with more time, more money, and more freedom. By incorporating minimalism into their lives, The Minimalists claim to have finally found – gasp! – lasting happiness.

If we don’t know our values then we don’t really know what sort of life we want to live. The daily decisions we make won’t be based on anything concrete. Taking the time to ask ourselves what our values are, and noting them down is a good start to living with more purpose. This is akin to having a well-defined philosophy of life.

When we’ve defined our values we get a clearer picture of how everything in our lives relates to them (or doesn’t). With a strong foundation of values it becomes easier to remove things that aren’t compatible with them. We start to move from excess to moderation, we start to gain freedom. Try the 30-Day Minimalism Game to start getting rid of things you don’t need.

After the initial paring down, we can start to apply moderation to our decisions going forward. When acquiring things, when faced with potential excess, we can ask ourselves, “Do I need this? Is it compatible with my values?” This doesn’t just apply to possessions. It can also be used to improve our health, keep us focused at work and even rid ourselves of toxic relationships.

Do that which is easiest of all—namely, demonstrate that what men call pleasures are punishments as soon as they have exceeded due bounds.

Seneca The Younger, On Drunkenness

How Stoicism Can Help Both Introverts and Extroverts