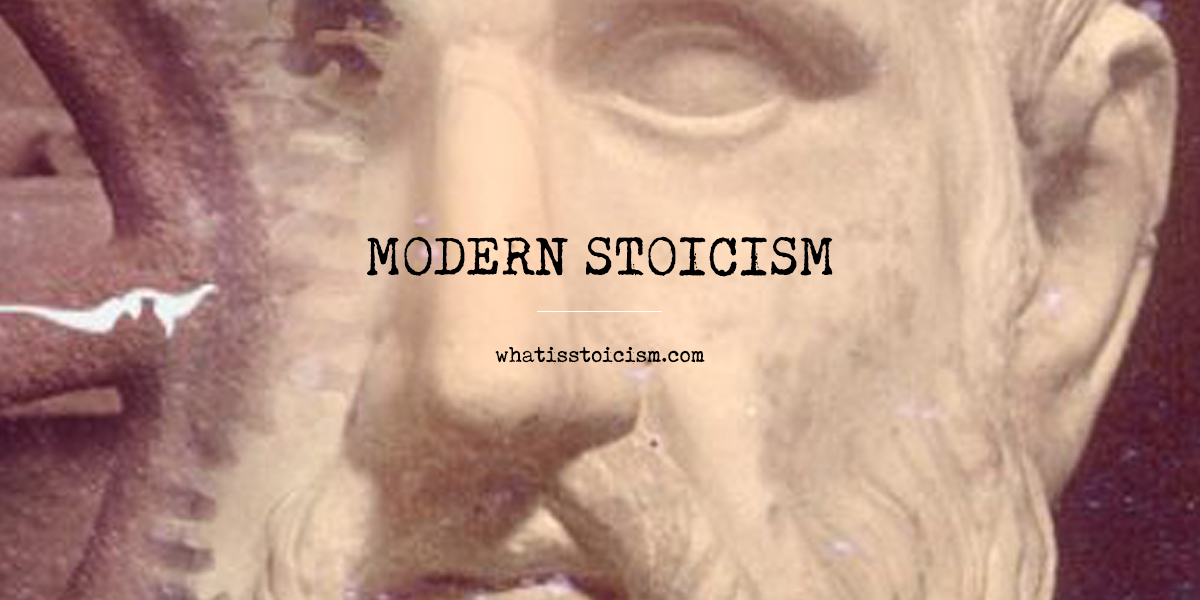 The term “Modern Stoicism” is commonly used to refer to the revival of interest in the 2000-year old Stoic philosophy and the efforts to adjust Ancient Stoicism to the language and framework of the present. The movement continues to gain popularity by making the ancient teachings more accessible and by demonstrating how they can be applied to modern life.

One place these efforts are succeeding is on the website that takes its name from the movement.

Modern Stoicism was founded in 2012 and is a collaboration between a multi-disciplinary team of academic philosophers, classicists, professional psychologists and cognitive therapists. It holds a trove of content that allows readers to learn about key Stoic principles and find out how people have benefited from adopting Stoicism in their lives.

Here is a run-down of what you can find on modernstoicism.com:

There are nine active members in the steering committee for Modern Stoicism:

Stoicism Today is the official blog associated with the Modern Stoicism site.

Contributions of many types, and from many sources, are published on Stoicism Today.

Some authors write about their experiences practicing Stoicism, while others may seek to explain or discuss key ideas put forward by ancient thinkers.

Modern Stoicism is active on the following social media platforms:

The Modern Stoicism podcast launched in June 2020 and is hosted by Adam Piercey.

The content focuses on interviews and has welcomed guests such as Donald Robertson, Brittany Polat and Massimo Pigliucci.

To find out more about the host, check out episode 10 which features an interview with Adam.

The course runs once or twice a year and requires about twenty minutes of commitment daily for 28 days.

It’s free, has been completed by thousands of people, and based on data collected has showed fairly impressive improvements in established psychological measures of mood and quality of life.

Stoic Week is an annual event that invites you to ‘live like a Stoic for a week’. It is run online and is completely free.

Based on surveys completed by participants, the results have consistently shown that people who participate see a reduction in negative emotions and an increase in life satisfaction.

Brigid Delaney wrote this account of her week living as a Stoic in 2018.

Stoicon is Modern Stoicism’s annual conference that happens each year in conjunction with Stoic Week.

It has previously taken place in New York, London, Toronto and Athens.

Due to public health concerns over the global pandemic, Stoicon 2020, which was due to be held in Toronto, will take place online.

As Modern Stoicism is registered as a not-for-profit company it receives no regular funding; those who run Modern Stoicism do so on a voluntary basis. If you’d like to support their work you can become a Patron here.

A Very Brief Timeline Of The Origins Of Stoicism