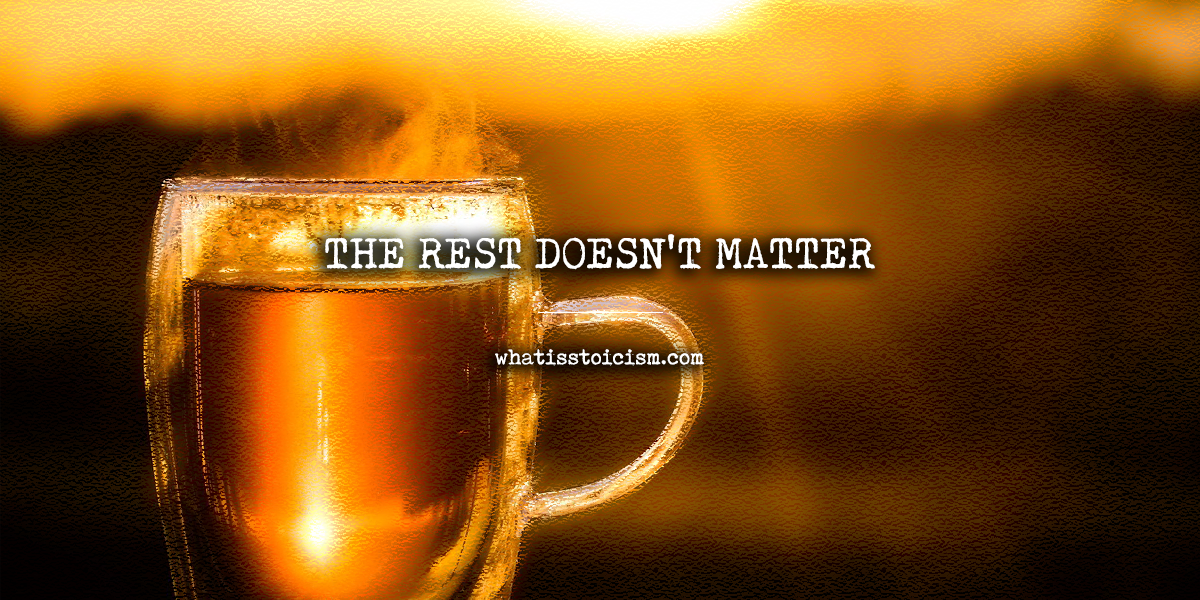 In the interests of doing the right thing, there are times when you can’t ignore a situation.

Courage and Justice are two of the four Stoic virtues, after all. They encourage action, despite fear, for the common good.

Inaction may even make you complicit in wrongdoing. As Nassim Taleb puts it, “If you see fraud and do not say fraud, you are a fraud.”

To act or not to act? To help and defend, or to stroll by? To comment and reply, or to scroll by?

Your character is never more truly revealed than when faced with difficult dilemmas like this. But there is no rule book that tells us exactly which situations demand our intervention; we need to exercise our best judgment.

Marcus Aurelius offered good advice: “Just that you do the right thing, the rest doesn’t matter.” And also: “If it is not right, do not do it; if it is not true, do not say it.”

But some will say, what is right and what is wrong? It can be difficult to discern what that means.

In Stoic terms, the only things that are good are the four characteristic excellences or virtues of human beings: justice and courage, as we’ve seen, plus wisdom and moderation. Acting according to virtue, then, is right; acting according to vice (in other words, going against the virtues) is wrong.

If we are being honest with ourselves, we usually know the difference between right and wrong. We usually feel it. That’s simpler than any definition. If we need to ask the difference then perhaps we’re looking for a way to justify the wrong.

So once we’ve decided to “just do the right thing”, what do we do with “the rest” that Marcus Aurelius spoke of?

One option is to simply ignore most of it. If we’re talking about the exhausting cycle of breaking news, petty arguments, rumour, and gossip that can fill our days, then ignorance really can be bliss.

It’s a freeing realisation – not everything needs our opinion added to it. Perhaps very little does.

These thoughts lead to questions.

Why be outraged? Why comment negatively on the colleague or celebrity you don’t like? Why jump into an avoidable argument that ultimately leaves you annoyed the rest of the day? Why get worked up over breaking news today that will be old news tomorrow?

Why do all that when you can just ignore it? Why not free up so much time for the things that matter?

“We have the power to hold no opinion about a thing and to not let it upset our state of mind—for things have no natural power to shape our judgments.”

Seeking wisdom, having discipline, showing courage, exercising justice – and within those, not just doing no harm but actively helping others – those are the things that matter. Practising them is the right thing.

When the situation calls for it, use your judgment. Do the right thing.

Interview With Caleb Ontiveros, Creator Of The Stoa Meditation App

What Is Your Ideal Life?