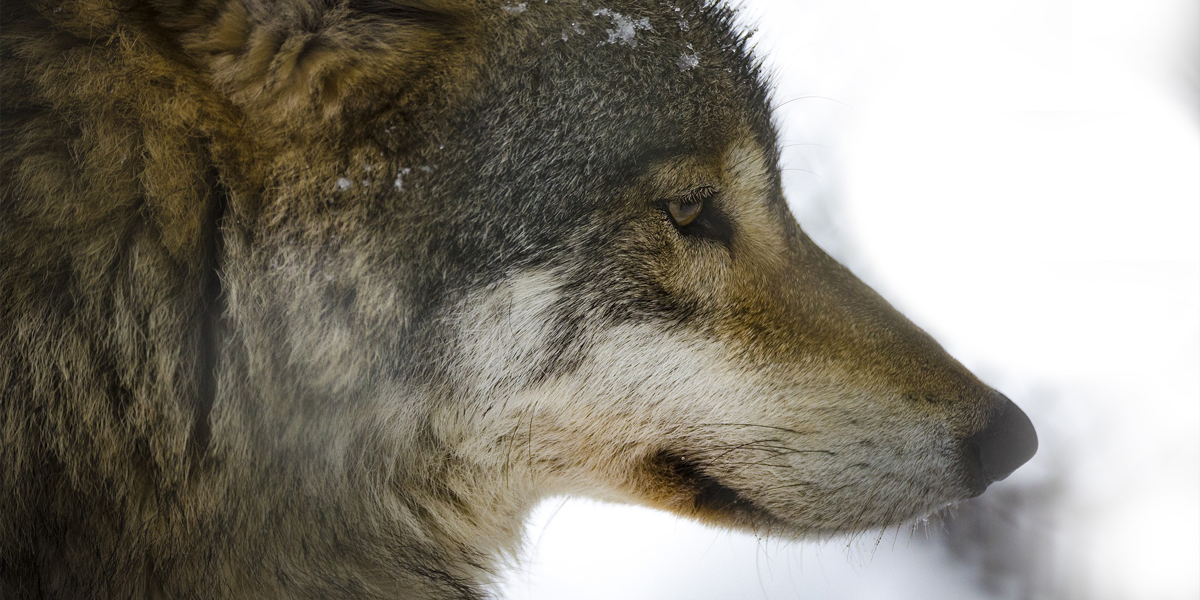 Jim and Jamie Dutcher lived with a wolf pack for six years. The wolves were so comfortable with them that they were almost part of the pack. Jim would howl and the wolves would answer. Jamie was permitted by the alpha female to inspect her newborn pups.

A wolf pack is a hierarchy. The alphas lead, the beta is second-in-command, and the omega is at the bottom. Each wolf has its individual role, but from hunting to wrestling, work to play, everything works better when they function as a unit.

It’s a conclusion that the Dutchers saw supportive evidence of first-hand. Jamie wrote this in their book, The Wisdom of Wolves:

“Before Jim began this project, many people thought that a wolf pack was just a group of individuals who stuck together for mutual benefit. When the Sawtooth Pack came into his life, he realized that they were so much more. A pack was an extended family, wholly devoted to one another, bound together by a common purpose and at times what seemed like a common mind. Before he understood this, he worried that one of the wolves would try to climb the fence and run away. A bold wolf, he thought, would find the call of the wild impossible to resist. Ultimately, we found the exact opposite was true. Although certain individual wolves can be gripped with the urge to wander, no member of the Sawtooth Pack ever tried to leave the enclosure, nor did we ever see them restlessly pace the perimeter. Their spacious 25-acre territory was an ideal place to live, but we don’t think that was the reason for their contentment. The reason was each other. Each wolf knew that it belonged with the pack, with the family.”

The allure of the lone wolf is a fallacy. The personification conjures images of strength, inner confidence, even stoicism (note the lower case ‘s’). But it’s the pack wolf that’s Stoic. The lone wolf is lost, always in search of a pack. And when they find the right pack, they form the connections they need to thrive. Connections that allow them to share something meaningful, to no longer be lonely.

The Stoicism of Wolves

Just for fun, here are some famous Stoic lines re-imagined in the context of the wolf pack.

“Wolves exist for the sake of one another.”

“[Zeno wrote that] we should look upon all people in general to be our fellow-countryfolk and citizens, observing one manner of living and one kind of order, like a wolf pack feeding together with equal right in one common pasture.”

On the Fortune of Alexander

“Associate with wolves who are likely to improve you. Welcome those who you are capable of improving. The process is a mutual one: wolves learn as they teach.”

“The more a wolf forgets himself–by giving himself to a cause to serve or another wolf to love–the more wolf he is and the more he actualizes himself.”

Wolves care for the other wolves in their pack just like a family of humans do. “When their family is healthy and strong,” writes Jamie Dutcher. “Every wolf feels and shares that sense of strength.” A lone wolf generally isn’t a wolf that wants to be alone, it’s a wolf that has struck out in search of new territory and a mate. It’s a wolf that wants to start a new family.

This strength that is derived from cooperation, from devotion to others, is natural in different beings, the Stoics said. Like the individual limbs of a single being working together as a unit.

Rudyard Kipling summed it all up beautifully in The Jungle Book:

Now this is the law of the jungle, as old and as true as the sky;

As the creeper that girdles the tree-trunk, the Law runneth forward and back;