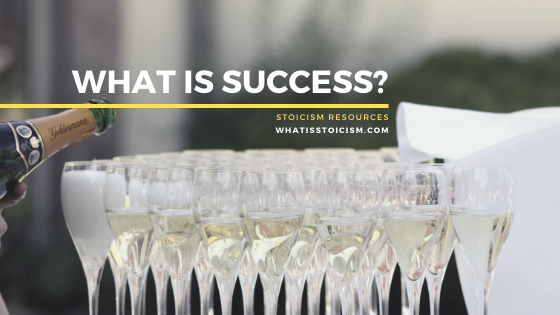 “It never ceases to amaze me: we all love ourselves more than other people, but care more about their opinions than our own.”

Has anyone you know announced big news recently? An engagement? A pregnancy? New job? New house?

Were you happy for them? Were you jealous of them? Did the news make you anxious?

When other people announce their “success”, it can feel like they’re overtaking us, leaving us behind. Then we pine for what they have so we can catch up.

We’re often told that success is any of these:

Actually, success is simply this:

When you set a goal and try to achieve it, you’re ultimately either successful or not. Ponder this – if you become rich and famous without trying, or even desiring to, should you be considered successful?

You’re worried that you’re seen as less successful than someone else.

Be happy for others. But most of all, be happy for yourself and the fact that you have your goals and they have theirs. You’ve heard the phrase, “it’s a marathon not a sprint.” There is no marathon. There’s no sprint either. There isn’t even a race, at least not against anyone else.

There’s just an unlimited number of routes to the same final destination. And everyone arrives there.

If having a lot of money or ticking off life milestones by a certain age have never been goals of yours then you are even freer to be happy for people doing those things. How can you be jealous over things you never wanted?

Define your own goals, focus on them, and create your own success. Let others create theirs. And always question the use of the word “success.”

“How long are you going to wait before you demand the best for yourself and in no instance bypass the discriminations of reason?”

Social Media: The Never-Ending Battlefield At Our Fingertips