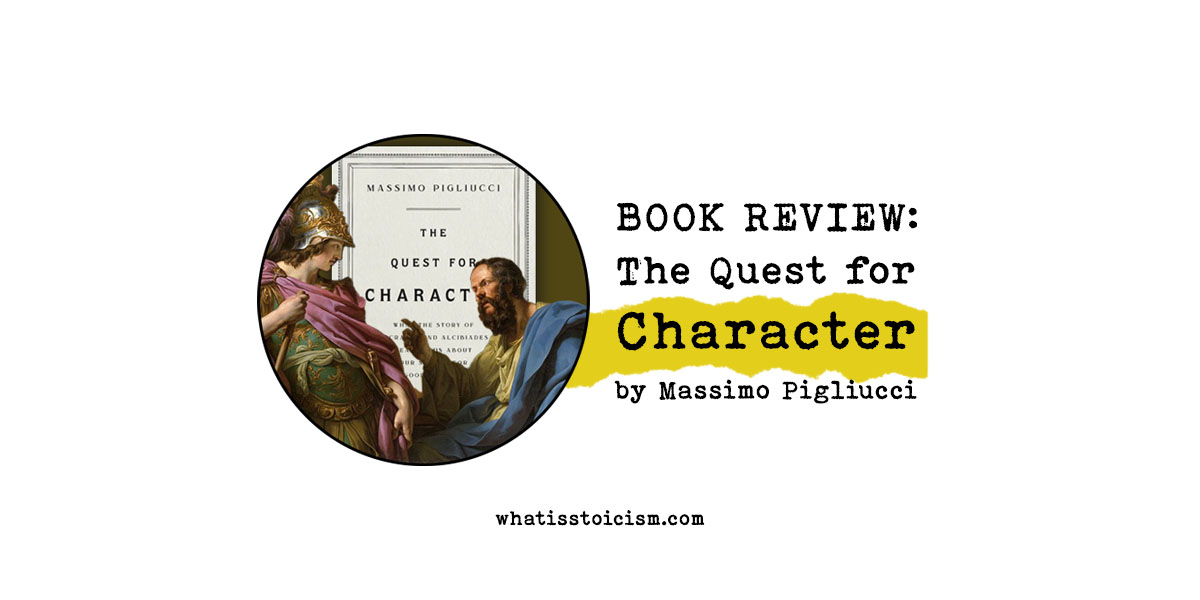 It’s impossible to be a student of Stoic philosophy in the modern day without coming across the work of Massimo Pigliucci.

The Professor of Philosophy at the City College of New York is one the leading experts and popularizers of Stoicism in the early twenty-first century, having contributed books, talks, articles, podcasts, courses, videos, and more to the cause.

My introduction to Pigliucci came when I read his hugely popular book How to be a Stoic shortly after its 2017 release. His “philosophy of Stoicism” Ted-Ed video, which I also first watched around the same time, has since amassed over 8 million views and is the first result on YouTube for the query “What is Stoicism?”

How to be a Stoic was actually one of the driving forces behind my own increased interest in Stoicism, and the practical guidance in Pigliucci’s later works Live Like A Stoic: 52 Exercises for Cultivating a Good Life and The Stoic Guide to a Happy Life was invaluable for someone desperate to know precisely how Stoicism is practiced.

All this is to say that when it comes to philosophy, Massimo Pigliucci knows what he’s talking about. And, key to his success with modern audiences, he can present a subject that is often (unfairly) painted as boring in an engaging way.

The Quest for Character

Having been a fan of Pigliucci’s work for several years already I was grateful to receive a review copy of his latest book, The Quest for Character.

While this book isn’t solely focused on Stoicism, the philosophy and its main figures are referenced many times throughout as Pigliucci tries to determine whether good character is something that can be taught.

In fact, it looks at a range of different philosophies in an attempt to answer this question and begins with the godfather of philosophy as indicated in the book’s tagline:

The tagline almost sells the book short, however, because although the early chapters do examine Socrates’ struggles in molding the character of his young friend, the later ones also detail the lives of many other interesting figures like Alexander the Great, Cato the Younger, and Julian the Apostate.

Starting with the example of Socrates, The Quest for Character tells of how a selection of great philosophers not only strived to make themselves better human beings but also tried to help others do the same.

The extent to which each was successful varies but the impact for the reader is to understand that such endeavors — the cultivation of virtue and the willingness to share it — are always worthwhile.

And it wasn’t just anyone these sage-like role models were trying to pass their wisdom onto.

No, Pigliucci picks the stories of high-profile students from the ancient world to show how those in positions of power benefited — or at least could have — from following their philosophical teacher’s guidance.

In The Quest for Character, you get to study the relationships between these teacher/student pairings:

From philosophers and kings, and the limited influence of the former on the latter, Pigliucci moves on to that rare category of ancient human that was able to inhabit both roles: philosopher-kings.

“Philosophers” are those who wish to practice the art of living, strive to become the best human beings they can be, and emphasize their deeds, not just their words.

Massimo Pigliucci, The Quest for Character

Working off the above definition, the following philosopher-king case studies are examined:

Having looked at the gold standards from the past, The Quest for Character moves into a more modern discussion of politics and how leaders of today might do well to heed such examples by taking a more philosophical approach.

And those of us who aren’t running countries, or advising those who are, still have an important responsibility:

…Most of us are unlikely to have a chance to tutor the next Alexander or Marcus, though — at least in more or less democratic countries — we have a chance to elect people of good character. Meanwhile, it is incumbent on us to improve our own character and to influence that of the people who are close to us, beginning with our relatives and friends.

Massimo Pigliucci, The Quest for Character

A Call to Self-Improvement

Pigliucci ends The Quest for Character with some practical advice on how we can improve our own character such as adopting good role models and paying closer attention to our behavior.

The art of living, he says, echoing practical philosophers as far back as the Stoics, is a matter of repeated action based on a sound understanding of what good character is.

To help the reader take their next steps toward improving their character, a useful course of self-study is provided as a final offering encompassing biographical, theoretical, and practical focused reading assignments.

Although I’ve already read some of the books on the list, I’ll certainly be checking out those I haven’t!