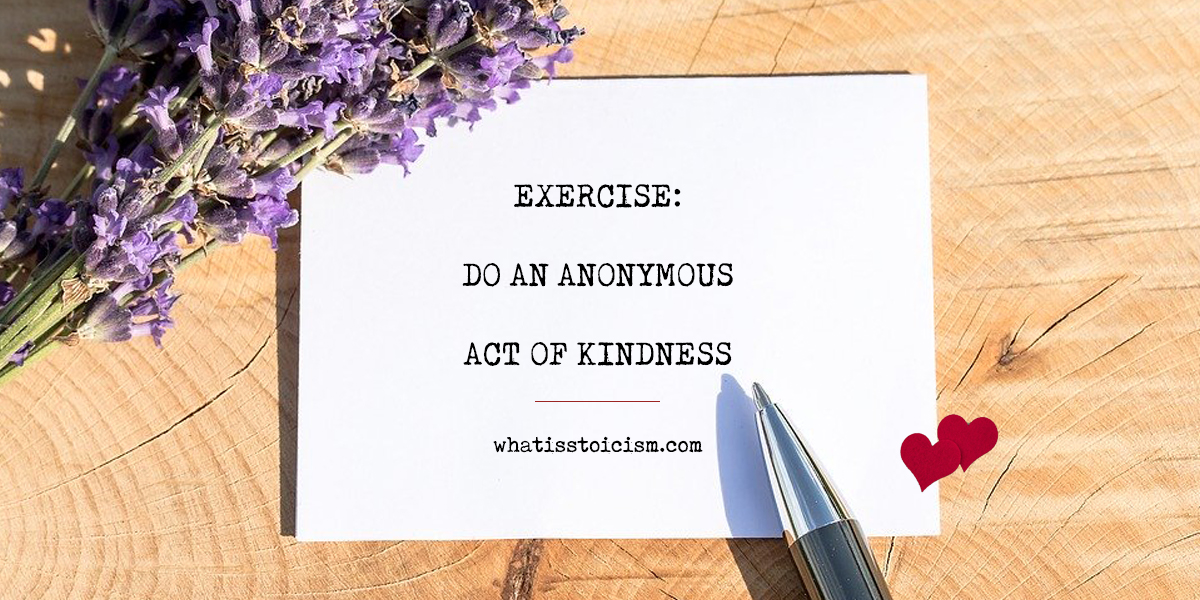 When 12-year-old Emily Scott was diagnosed with scoliosis, her family opted for private treatment due to the waiting times associated with the UK health service. Going private, however, proved no advantage as COVID-19 put a halt to the services Emily was relying on. Left in limbo, and being told she would require spinal fusion surgery, the family started a fundraising campaign to have the vital operation carried out abroad.

The family were initially grateful for the generosity of their local community in donating to the fund, but one donation, made less than three weeks into their appeal, shocked them.

An anonymous donor pledged £40,000 to easily push them past their target and make it possible to move forward with Emily’s operation.

It’s amazing to think that someone would make a gesture as big as this and not want to be recognized for it, not want to take acclaim for changing someone’s life.

It almost makes a mockery of seeking recognition for any less significant act.

As Seneca said, the payoff for a good deed is in the act itself, not in what comes after:

“The reward for all the virtues lies in the virtues themselves, for they are not practiced with a view to recompense; the wages of a good deed is to have done it.”

And it’s an act that will keep paying off for Emily Scott’s generous donor. Research even suggests that altruism can improve your attitude and make you healthier, happier, and less stressed – otherwise known as the “helper’s high.”

Doing an act of kindness is gratifying, but there’s an added layer of satisfaction that comes with doing anonymous acts of kindness.

Indeed, as Marcus Aurelius wrote, we’re only doing what we were formed by nature to do, so why should we need recognition for helping someone?

“A horse at the end of the race…A dog when the hunt is over…A bee with its honey stored…And a human being after helping others. They don’t make a fuss about it. They just go on to something else, as the vine looks forward to bearing fruit again in season.”

So, why not try it yourself – do a good deed and tell no one, not even the person it was done for. Keep the memories of each one with you as something personal to look back on and be proud of.

When choosing whic anonymous acts of kindness to do, remember this: there is no right answer when trying to determine how good a good deed is. No good deed automatically beats another one as you can’t predict the downstream effects – your small good deed could start a profoundly positive chain reaction. It’s not about doing everything, it’s about doing something. That’s so much better than nothing.

25 Ideas For Anonymous Acts Of Kindess

As Seneca said, wherever there is a person, there is an opportunity for kindness, so there is no shortage of good deeds that can be done on a daily basis. But if you’re in need of inspiration, here are some ideas: