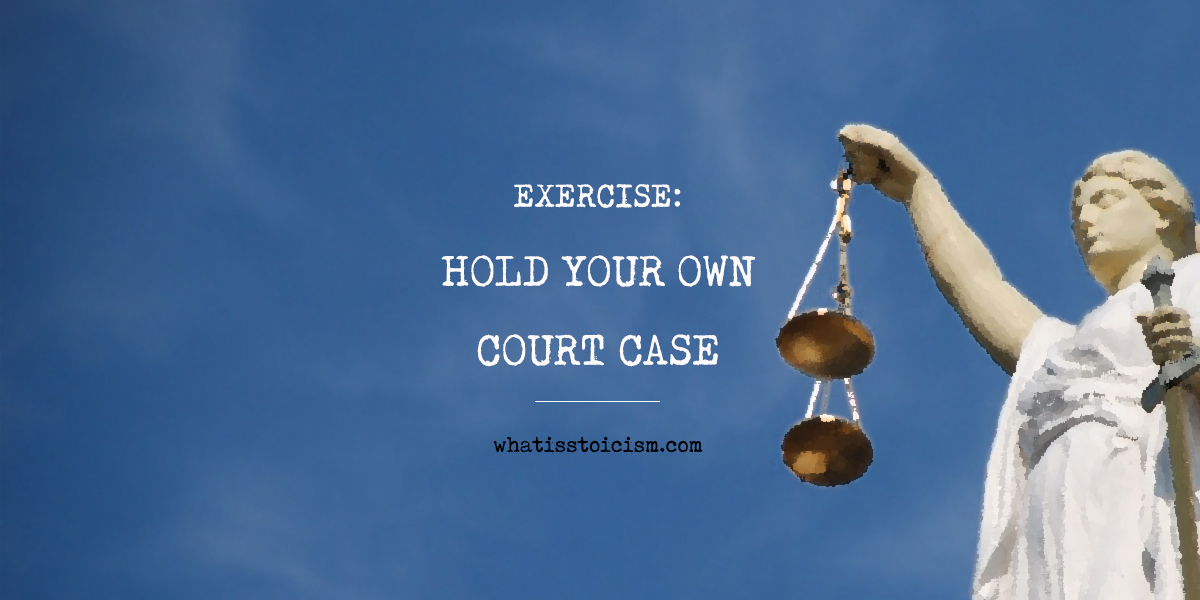 Cato the Younger was a politician and statesman in the late Roman Republic. He is remembered for his stubbornness, tenacity, immunity to bribes, and his unbending opposition to Julius Caesar (so unbending that he preferred death to being ruled by Caesar).

He was a Stoic who exemplified virtue. When he was made quaestor in 65 B.C.E., he even prosecuted former quaestors for dishonesty and illegal appropriation of funds.

In the prosecutions he spearheaded, and in the various political roles he assumed, he had to argue his points convincingly. He had to intimately know both sides of a case that he may effectively induce the fairest judgement on any matter.

The result of his appearances in the forum were that his speeches and rhetorical skills were much admired; rarely would he let a point go unchallenged, rarely would he rest until the true heart of the matter had been thoroughly examined.

If any proof were needed as to Cato’s character, we need only look at what Seneca wrote about him:

“Choose therefore a Cato; or, if Cato seems too severe a model, choose some Laelius, a gentler spirit. Choose a master whose life, conversation, and soul-expressing face have satisfied you; picture him always to yourself as your protector or your pattern. For we must indeed have someone according to whom we may regulate our characters; you can never straighten that which is crooked unless you use a ruler.”

So not only was he a fierce and informed debater, his cause – often to the consternation of those content with widespread corruption – was always the just one.

While Cato might be too “severe a model” to follow in all aspects of our lives (he was known to live very modestly, subject himself to vigorous exercise and expose himself to extreme cold), we can certainly take great inspiration from him in select ways.

One way we can channel Cato is to hold our own court cases.

We can use them to put our negative thoughts to the test. Like the great man, we can examine objectively, argue our points with vigour, and seek justice through the most virtuous outcome.

Stoic Solutions For Feelings Of Insecurity

Exercise: Experience The View From Above

How To Deal With Harsh Truths