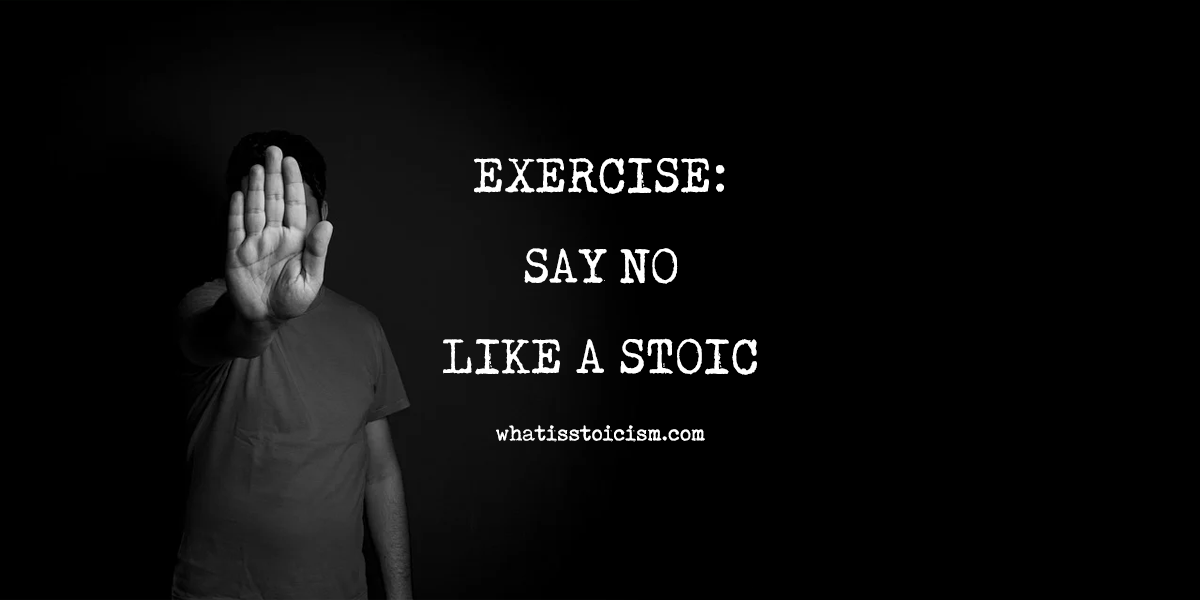 How often do you say yes when you really want to say no?

Whatever the “ask” is, agreeing when we’d rather not is a common thing.

There can be many reasons for doing it but most of them come down to some kind of fear: fear of missing out, fear of letting someone down, fear of making the wrong decision, fear of being the only one to say no.

It might seem harmless at first, yes instead of no, but those three letters instead of the alternative two can have miserable consequences.

“Most of us have lives filled with mediocrity,” writes Derek Sivers in his book, Hell Yeah or No. “We said yes to things that we felt half-hearted about.”

The solution is obvious: say yes less. The formula is simple: if you’re overwhelmed and not feeling “Hell yeah, that would be awesome!” about something, say no.

How To Say No

Flat refusal might seem contrary to the Stoic notion of working for the common good. We can’t just say “I don’t feel like it” if someone desperately needs help, for example. That’s where the Stoic virtues come in.

Saying no requires all four of them:

The straightforward wisdom we can apply comes from Marcus Aurelius (Meditations 6.2): “Just that you do the right thing, the rest doesn’t matter.”

If we can’t say no to those things we feel half-hearted about we become slaves to calendars, to invites, to people who know we’ll say yes and are happy to exploit that fact.

Saying no with confidence and not worrying about being disliked for it is freedom. Knowing it’s the right thing to do, knowing it’ll give us space to concentrate on the things we feel full-hearted about, is freedom.

As with anything we want to get better at, saying no requires preparation and practice.