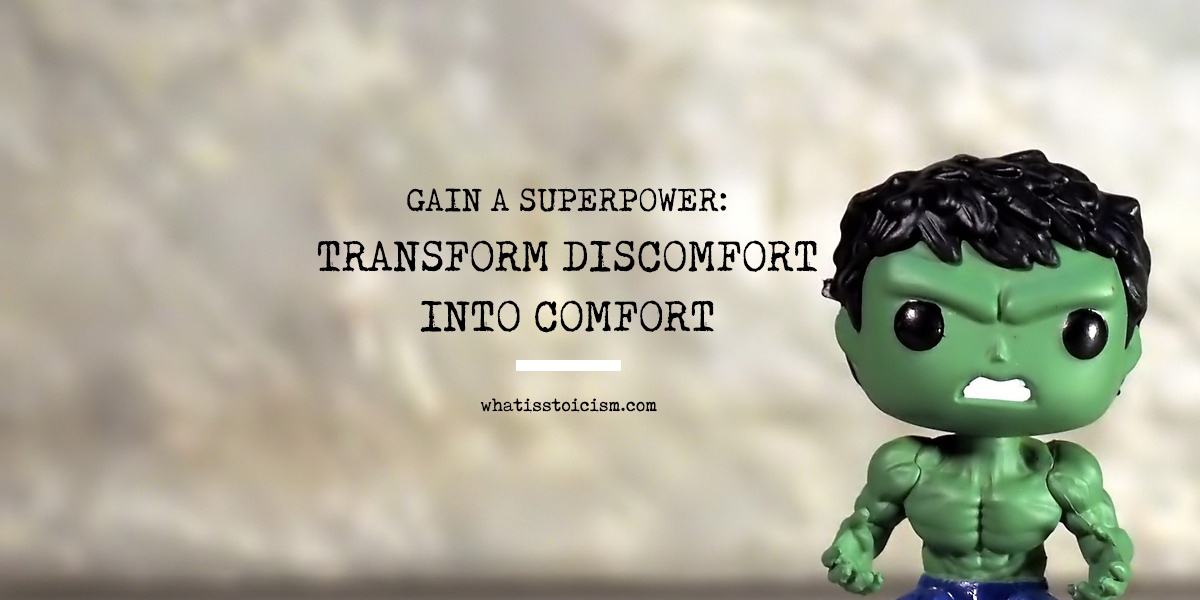 The Stoics loved learning from their role models.

Often they never met the people they admired. In many cases, they weren’t even alive at the same time.

It was the founder of Stoicism, Zeno, who was given the advice that those after him would follow so closely:

“To live the best life,” he was told, “you should have conversations with the dead.”

In other words, learn from those long gone by digesting their work. All the experience they had to distill in order to write a book can be absorbed just by reading it.

Marcus Aurelius quotes Epictetus in his Meditations. Seneca used his hero Cato as the gold standard of behaviour to measure himself against. And more than two thousand years since their last breath, countless people are still drawing from the lessons of Marcus Aurelius and Seneca and Epictetus and Cato.

But as well as having conversations with the dead, we can also talk to living people we haven’t met. People we’ll probably never meet, whose way of thinking we admire.

When I come across someone with an interesting perspective, I dive into their work. I try to understand what experiences their philosophy was derived from. Because invariably, the most impressive people have actions behind their words. They do before they speak.

They also have other traits in common:

But to me, the most powerful commonality they share is that they constantly seek to improve themselves by doing what they find uncomfortable.

It’s something the Stoics did too. They saw the value in periodic voluntary hardship to better prepare for future involuntary hardship. And in attacking the uncomfortable, they were able to expand their comfort zone.

The ramifications of this kind of work are huge. In transforming discomfort into comfort you’re invoking a superpower. Systematically facing your fears makes you scared of less and opens up more of the world to be enjoyed.

Listen to your fears, think about what they’re telling you. How would it feel if you were no longer held back by your biggest fear?. Or even reduced that fear by say 50%? What potential could you realise?

“Let philosophy scrape off your own faults,” wrote Seneca. “rather than be a way to rail against the faults of others.”

So while we can look to the ancient Stoics for help on how to overcome fear and make the uncomfortable comfortable, who among the living is setting a good example?

Here are some individuals whose messages I have found useful:

For more than 25 years, Wim Hof has been using his own form of cold immersion therapy by taking ice baths and swimming in frozen lakes. Through his Wim Hof  Method, he teaches even those with an irrational fear of the cold how to build their tolerance and ultimately gain the scientifically-proven health benefits that come with it. He sees his method as not only a physical test but also a mental one, and thereby preparation for future challenges that arise in life.

“You are in danger of living a life so comfortable and soft, that you will die without ever realizing your true potential.”

No one knows facing discomfort quite like David Goggins. A former Navy SEAL, he went through Hell Week training three times, during most of which he was carrying some form of excruciating injury. Since retiring, he has gone on to be an endurance athlete, competing in some of the most difficult ultramarathons in the world. His book Can’t Hurt Me contains visceral accounts of his suffering and lays out his personal philosophy of callusing the mind. “Doing one thing every day that sucks,” he says. “Is a key component in strengthening your mind.”

“You only get better if you lean into the uncomfortable. The room least crowded is the room you learn in.”

In a relatively short space of time, James Altucher has been many things. His resume includes: hedge-fund manager, day trader, author, podcaster, entrepreneur and stand-up comedian. He has been able to pivot so many times due to his “skip the line” philosophy — instead of spending the much-discussed 10,000 hours needed to master a skill, he developed his own 10,000 experiments rule in which he puts himself in uncomfortable situations in order to learn faster. James’s books Choose Yourself and Skip the Line detail what he’s learned from all his experiments.

“What we fear doing most is usually what we most need to do.”

Tim Ferriss is another experimenter. The self-described “human guinea pig” manages risk by carrying out an exercise he calls “fear-setting”. He maps out the worst possible outcome of an action he is planning, how to prevent that outcome, and how to recover from it if it still happens. He then outlines the potential benefits of success and the costs of inaction. All this allows him to take on difficult tasks with the security of knowing he’s done his best to plan for every outcome. Tim proves not only that discomfort is the path to growth but that negative results can be minimized with proper planning.

“Sometimes people ask me if there’s one motto or rule of thumb I use most often. This is it: Whatever scares you, go do it.”

Derek Sivers is perhaps best known for founding music store CD Baby, selling it for millions and then giving most of the proceeds to a charitable trust, but he has done plenty of other things too. Key to his success in succeeding in different ventures has been his personal rule of doing what scares him. ”Once you do something that scared you,” he says. “You’re not scared of it anymore! As you go through life, doing everything that scares you, you fear less and less in the world.”

The people I mention don’t claim to be better than anyone else, they leave ego behind. They have to if they’re going to improve, as looking foolish at some point is inevitable. Looking foolish is of no concern to them; through relentless practice they have shaken off the fear of being judged

They aren’t superhuman, they simply know where to focus their efforts.

Through their books and interviews and talks, we can have conversations with these people every single day and learn from their experiences. But then we have to go and experiment. We have to grow through experience, by leaning into our discomfort. Just as the Stoics did, just as Wim Hof and David Goggins, James Altucher, Tim Ferriss and Derek Sivers do.

For a more extreme example, there’s Mithridates the Great. Ruler of the Kingdom of Pontus between 120BC to 63BC, Mithridates is said to have spent seven years living in the wilderness following the assassination of his father. While there, as well as inuring himself to hardship, he cultivated an immunity to poisons by regularly ingesting sub-lethal doses.

We can keep Mithridates in mind as a metaphor as we go about tackling our fears — regularly doing the difficult thing allows us to develop immunity to it. Through practice, we build up a callus, and eventually what scared us before, be it speaking in public, furthering our career or some other thing we habitually avoid, holds no threat.

Don’t yield to your insecurities. Gain renewed purpose by facing up to them. It’s not easy, fear is a wall to climb that only gets easier with repeated practice. But the person you want to be, your best self, is on the other side.

And remember to discard the opinions of those judging you negatively for being brave enough to better yourself. Opinions like this are from people who feel threatened as they are being reminded of their own lack of courage. As a result, they’ll instinctively try to pull you back to comfort.

So, have conversations with the living and the dead, put their advice into practice and turn your fears into strengths one by one.

You might even write down what you learn so you can talk to people in the future. So you can keep having conversations when you’re no longer around to participate in them.

Having Few Wants And Still Offering A Lot