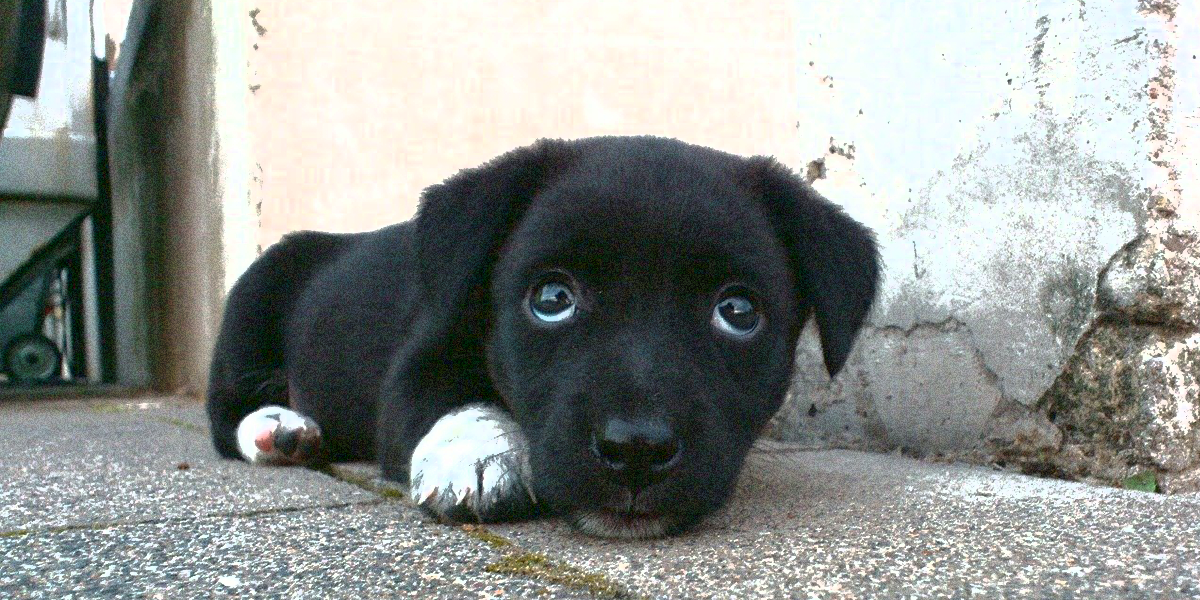 When you first get a puppy and you’ve owned it for a couple of days, your prevailing thought might be “what have I done?”

Before you got her you watched just about every dog training video on YouTube, you read endless articles about what to feed her and how much mental and physical activity she needs. You were prepared.

Unfortunately, as I have discovered recently, nothing can prepare you for twenty minutes of yipping, yapping, and barking at 1am. Then at 3am. And again at 5am. No video or article helps you clean pee and poo off your previously unsoiled floors that you used to be proud of while the demon defecator happily and shamelessly bounds around your feet. And you can’t appreciate how sharp a puppy’s teeth really are until those little needles pierce your hands multiple times a day.

What have I done?

But when your puppy obeys “leave it” for the first time, when she goes a day without an accident, or when she simply looks at you serenely with those, well, puppy dog eyes, you know you’ve done something special.

Getting a puppy is not a decision to be taken lightly, it’s initially very challenging. But it’s also tremendously rewarding. Shaping the behaviour of a little creature that depends on you wholeheartedly is something to be savoured. The more effort you put into training, the better your life together will be. And the happier you make your new best friend, the happier you’ll be.

In training my new puppy, I’ve noticed how I can apply certain Stoic themes to help with the process. These six lessons keep me focused on the task and abate the frustration that threatens to creep in when things aren’t going to plan. They may also apply to other training or leadership situations, not just puppies. I hope they help you if you’re in a similar situation.

“…Teach them better or bear with them.”

In the words of the canine behaviourist John Fisher, when you are training a dog you must “think dog.” I’m no behaviourist myself, but it surprises me how many people expect an eight week old puppy to know things. It’s instinctive for us to use human rebukes and commands and want the dog to immediately “get it”, but without showing the dog what it should do via positive reinforcement how can we expect anything other than disobedience?

We have no right to get frustrated if we haven’t first considered an exercise from the dog’s point of view and then taken the necessary steps to patiently teach it in a way it will understand.

“How ridiculous and how strange to be surprised at anything which happens in life.”

Puppies bite. It’s natural animal behaviour for them. They explore every new thing they encounter with their mouths, including you. Human nature is such that (most) humans don’t bite each other. Therefore, when we try to bring puppies round to our way of thinking, we’re coaxing them to behave contrary to their nature but in line with ours.

The Stoics said we humans should live “in accordance with Nature”. The Stoic scholar Michel Dew described the meaning of this as follows:

“’Human Nature’ refers to the condition of a human who is expressing the very best in his or her development, that is their ultimate ‘best self’. They are growing and changing in an effort to reach the ultimate goal for a human being.”

We implement this advice by proxy where a puppy is concerned – we try to make them their ultimate best selves. To do this, our guidance must be exemplary.

“As each day arises, welcome it as the very best day of all, and make it your own possession. We must seize what flees.”

In my second week of puppy ownership, I was enjoying an indoor play session with my new friend when she inexplicably stopped to defecate on the floor despite having done the same thing outside ten minutes before. I put her outside while I cleaned the mess then brought her into her crate while I, through necessity, cleaned the mess again. When I returned to the crate, she had soiled it too.

It’s easy to question what you did wrong in these cases, and again ask “what have I done?” But a house-trained pup doesn’t happen overnight. You accept what Fate has thrown your way and you resolve to start afresh, to persist and make each new day better than the last. When your puppy gets it right, when you see them perfectly doing what you taught them and looking hopefully at you for approval, it all becomes worth it.

4. Enjoy your puppy and they will enjoy you

“True happiness is to enjoy the present, without anxious dependence upon the future, not to amuse ourselves with either hopes or fears but to rest satisfied with what we have, which is sufficient, for he that is so wants nothing. The greatest blessings of mankind are within us and within our reach.”

I realise I’m making it sound like a lot of work. Cleaning, training, supervising – always being ready to spring to life with a treat to reinforce good behaviour or with a mop and bucket to mournfully erase bad behaviour. Through all this, remember to enjoy your puppy. Otherwise what’s the point? These little bundles learn from the past, of course, but they mainly live in the present, looking at everything with wonder and excitement. That’s something they can teach us to be better at.

The more you enjoy playing with your puppy, exercising her, guiding her, the stronger the bond that will form between you.

5. You are responsible for your puppy

You can’t just get a puppy and leave it to figure out life all by itself. You made a commitment and now you have a responsibility, a beautiful one. The discipline you instill in your puppy in the early days will allow so much freedom for you both later. If you make the effort she will quickly get to know her boundaries, will obey your commands, and love you unconditionally.

The four Stoic virtues that you may be trying to follow in your own life are useful as a guide when training your puppy to make good choices too:

Stoic Definition: The knowledge of what is good and bad; the disposition by which we judge what is to be done and what is not to be done.

Seek out the knowledge needed to correctly train your puppy. You can’t simply rely on scolding when she does something wrong if you want to be effective. If you have a puppy or are thinking of getting one, here are some great channels teaching positive reinforcement training for any scenario:

Stoic Definition: Moderation of the soul concerning the desires and pleasures that normally occur in it; harmony and good discipline in the soul in respect of normal pleasures and pains

Self-discipline is key when training a puppy. There are many temptations to simply let her do what she wants because she’s so cute; let her sleep on your knee or in your bed; give her lots of attention when she barks; let her explore all areas of your house unrestrained. Although it feels cruel doing the opposite of these things, it’s extremely important if you’re to avoid raising a spoiled, out-of-control dog. When she understands that you need to give permission before she can do certain things, then your life together will be much easier.

Stoic Definition: The state of the soul which is unmoved by fear; self-restraint in the soul about what is fearful and terrible; boldness in obedience to wisdom; being intrepid in the face of death; force of fortitude in respect of virtue.

There’s an old phrase: “be the person your dog thinks you are.” In other words, if you build a strong relationship with your puppy, there won’t be many others on earth (humans included) who look at you with as much positivity as she does.

Show force of fortitude in respect of virtue – don’t just let your dog think you are that person, be that person. As Epictetus said: “don’t explain your philosophy, embody it.”

Stoic Definition: The state that distributes to each person according to what is deserved; the state on account of which its possessor chooses what appears to him to be just.

Justice in the Stoic sense, as Donald Robertson describes it, refers to “what would be moral in our dealings with others…  For instance, a mother’s attitude toward her children.” An eight week old puppy goes through a lot of upheaval in finding its way to you; in one fell swoop it is removed from its mother and littermates just as they’ve started to establish a relationship. It falls on you to fill that void and make the transition as painless as possible. You’re her family now.

6. You are now more likely to find happiness

“For success, like happiness, cannot be pursued; it must ensue, and it only does so as the unintended side effect of one’s personal dedication to a cause greater than oneself or as the by-product of one’s surrender to a person other than oneself.”

In adopting a puppy, in training her, in being concerned for her welfare, you dedicate yourself to something other than yourself. You get out of your own head for a while. You can take pleasure in simple things like rubbing her belly, watching her get scared of a flower, and feeling her nuzzle up to you when it’s cold. It’s in moments like those that little else in the world matters. It’s in moments like those that happiness ensues.

Tell me a friend who is more true,
a guide to light my path,
or wicked rogue with honest heart,
and eyes that touch my soul.
Honoured by an early King
and favoured by a Queen.
In work who is an artist,
at sport does reign supreme.
The guardian of my family,
our stock he doth protect,
and tho’ he’s only very small
he earned the world’s respect.

The Fisherman And The Businessman