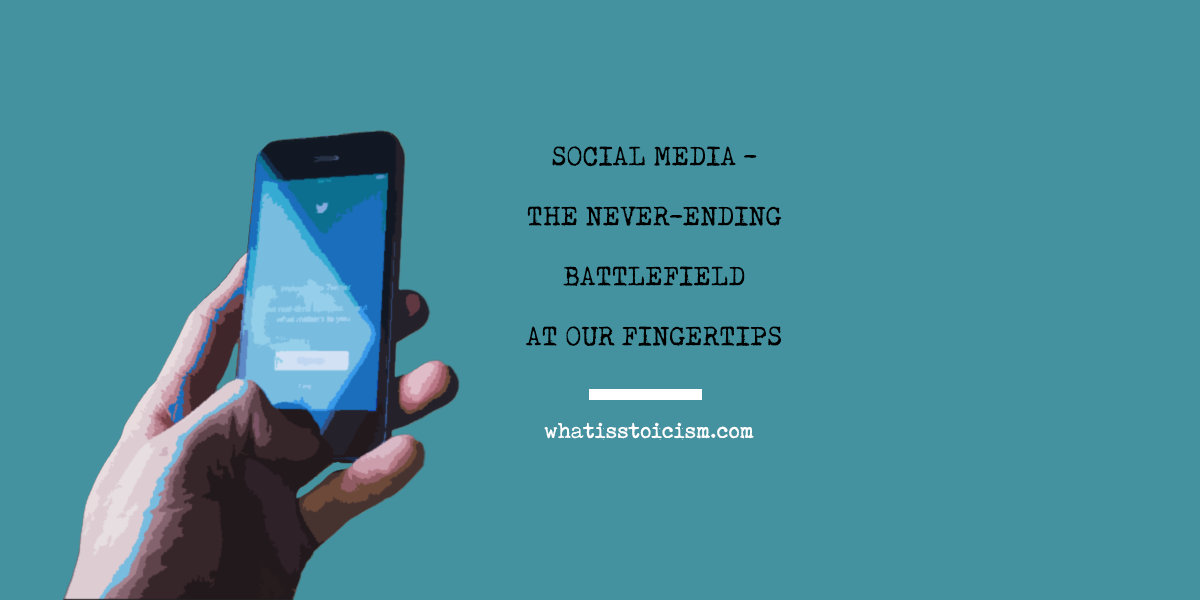 How much time do you spend on social media? Do you favour one platform over another or is your time divided equally among a few? Do you use it to keep up with friends and family? To read the latest news? To engage in heated arguments? Are you happy with how you use social media?

At first look, some social media platforms, Twitter being the most obvious, are no more than faecal-flinging free-for-alls where amped-up groups of like minds don’t even have to look for groups of unlike minds to disagree with. Algorithms (it’s always pesky algorithms isn’t it?) present such opportunities on a plate in the “For you” section with enticing headlines that include phrases like “people are outraged by”, “people can’t believe that”, and “people are reacting to”…. Anything that suggests more than one person has typed a response to a topical event, thereby implying that you should too. Join the clamour, we’re waiting, your unique reaction will further this discussion!

When you click through on a headline you’re thrust into the online debate version of a Game of Thrones battlefield. With the minor difference that it never ends. A handy box appears at the bottom asking you to “share your thoughts” and suddenly you’re in the game.

It’s a depressing scene. Small groups of one-on-one, two-on-one, three-on-one, are engaged in mini-battles, going back and forth trying to do big damage with blunt opinions. Limbs have been lopped off by sharp witticisms, heads have been removed by stinging gifs, and someone’s been pulverised with a popular hashtag.

Fires burn round the combatants as the barbarism spreads – anyone done an injury feels compelled to burden someone else with their pain and anger, and often in worse ways. It’s a self-perpetuating cycle of sewage spraying.

Rabid carnivorous animals tear through the remnants of someone who just got burned, or owned, or whatever the latest verb is for eviscerating someone successfully within the constraints of a character limit.

Among the chaos, smart looking folks weave through the crowd on horseback with a loud hailer to their lips barking to battlers that there’s never been a better time to buy Bitcoin.

Even if you don’t participate in the madness, there’s still some perverse enjoyment in watching the battle unfold. Scrolling, watching, scrolling, watching. Eventually you’ll probably see an act you agree with and might even approach the noble (keyboard) warrior to offer them a hearty pat on the back for their efforts.

Like the various Game of Thrones factions do in the hit fantasy show, users try to amass followers by conquering their rivals – and the more followers you have the easier it becomes to win your battles as there will always be someone to agree with you and your ego.

Meanwhile, on the other side of reality, a chagrined combat casualty’s knuckles turn white as he slowly crushes his smartphone, quietly seething with rage while trying to hold it all together at his mother’s birthday party. Some cake dear? I’M NOT HUNGRY! Sorry, I mean yes, yes please.

Ah, how you’ll look back on these days with fondness years from now. Remember the battle of #Boycott<insert brand name> in 2019, you’ll say. For a whole weekend I was in the trenches, keeping watch, fighting the good fight. I wonder if anyone else remembers that battle?

Away from the metaphorical battlefield, those left back at metaphorical base camp raise their thoughts up the flagpole to see who salutes. The latest go-to joke for the would-be like-collector is the opportunistic expression of (probably false) relief that a certain celebrity’s name trending doesn’t mean they’ve died. Even more insensitive is when a sentiment like “RIP James” is trending and similar opportunists are quick to post their delight that it wasn’t the James they had initially feared.

Wow what are actual human beings anymore, some poor guy has died of cancer and his condolences are trending RIP Dave. Everyone making memes and laughing saying ‘phew thought it was Dave the rapper heart just sank’ Twitter is fucked your all HORID HUMANS

No one ever really wins these battles. Or still deems them important a week later. Many of the interactions are so ephemeral as to barely be worth the time it took to engage in them.

I realise I’m making it sound like social media, and Twitter in particular, is a negative experience for all but those who gain strength by vanquishing their virtual foes.That’s not the case. There’s positivity if you look in the right places, plenty of it.

Here are just a few examples:

As a social media user, you aren’t forced to take the rough with the smooth, the positivity doesn’t come at the expense of the negativity – you can pick and choose what you pay attention to and who you interact with. Resisting the temptation to fire off an insult will also feel better in the long run. Treat it as a banquet where you can be selective about what you consume:

“Remember that you must behave as at a banquet. Is anything brought round to you? Put out your hand, and take a moderate share. Does it pass you? Do not stop it. Is it not come yet? Do not yearn in desire towards it, but wait till it reaches you. So with regard to children , wife, office, riches; and you will some time or other be worthy to feast with the gods. And if you do not so much as take the things which are set before you, but are able even to forego them, then you will not only be worthy to feast with the gods, but to rule with them also.”

And if you want to have the odd argument on social media, if there’s something you feel strongly enough about,  have at it – just remember that it can’t be good for your sense of tranquillity if that’s all you’re using it for. Don’t let virtual vitriol darken real-life interactions. Don’t ruin your mother’s birthday party.

Of course the temptation will always be there to sneak back onto the battlefield in a voyeuristic capacity, and really that’s why I’m writing this – to remind myself of the negative impact. Not to admonish anyone else, but to direct myself, just like Marcus Aurelius was doing when he was writing his Meditations.

So, to myself (and you too if you find it useful):