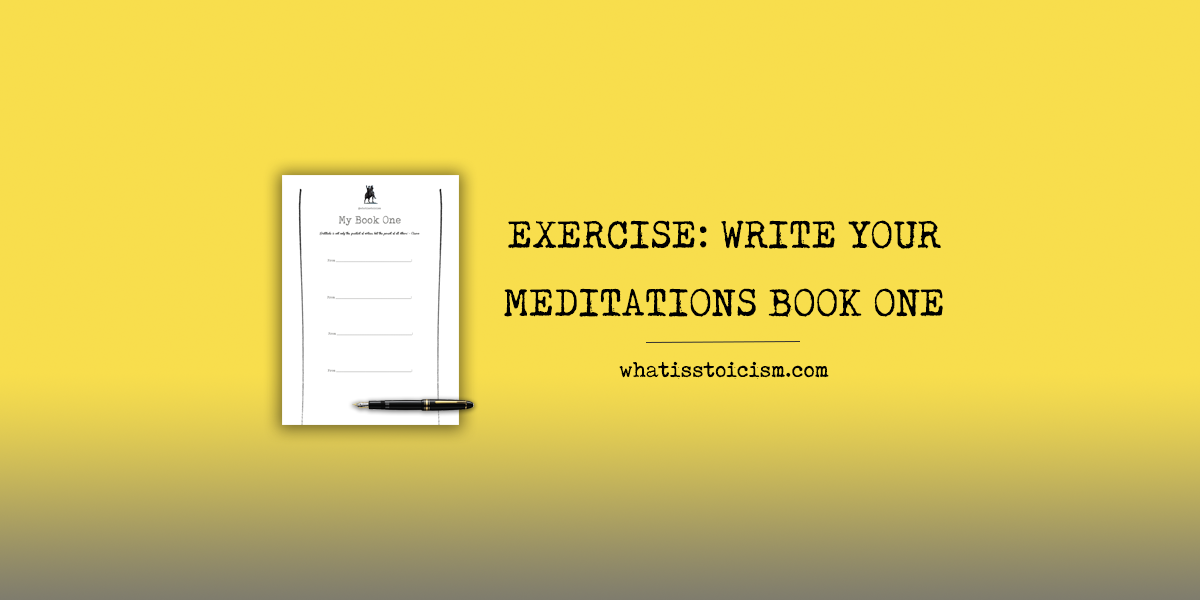 Marcus Aurelius‘s Meditations is a collection of private notes the Roman Emperor wrote to himself for his own guidance and self-improvement.

Written almost two thousand years ago, it remains one of the key texts on Stoic philosophy.

‘From my grandfather Verus: decency and a mild temper.
From what they say and I remember of my natural father: integrity and manliness.
From my mother: piety, generosity, the avoidance of wrongdoing and even the thought of it; also simplicity of living, well clear of the habits of the rich.
From my great-grandfather: not to have frequented public schools, and to have had good teachers at home, and to know that on such things a man should spend liberally.
From my governor: to be neither of the green nor of the blue party at the games in the Circus, nor a partizan either of the Parmularius or the Scutarius at the gladiators’ fights; from him too I learned endurance of labour, and to want little, and to work with my own hands, and not to meddle with other people’s affairs, and not to be ready to listen to slander.
From Diognetus, not to busy myself about trifling things, and not to give credit to what was said by miracle-workers and jugglers about incantations and the driving away of daemons and such things.’

As you can see, the first book of Meditations is dedicated to paying homage to those Marcus has learned from in his life. And we’re going to do the same here.

To complete this exercise just like Marcus did all those years ago, just download this worksheet, print it, and follow the simple instructions. When you really think about the people around you and what they’ve given you, you’ll realise how grateful you are.

There is space for four entries, print another page if that’s not enough!