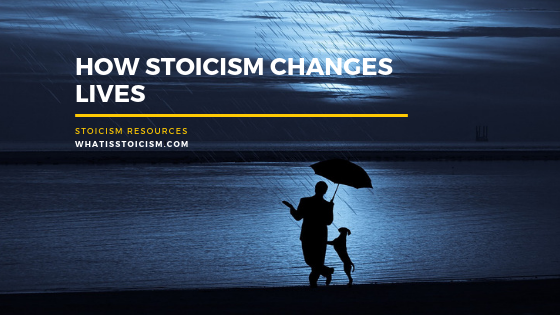 To the unfamiliar, the term Stoic Philosophy provides little excitement. It sounds ancient and stale; probably something you don’t read unless you’re an elderly professor wearing a tweed jacket with elbow patches.

Ryan Holiday was introduced to Stoicism at the age of 19. Tim Ferriss came across Seneca at around 27. James Stockdale first read Epictetus at 39. As we can see from the lives of modern-day Stoics like these, there is no minimum age requirement to be allowed to benefit from Stoicism, and there is no limit to the ways it can be applied.

As the author of The Daily Stoic, Ego Is The Enemy, and The Obstacle Is The Way, Ryan Holiday has introduced Stoicism to many people, but for him it all started in college with Dr. Drew Pinsky. After attending a summit for journalists hosted by the celebrity doctor, Ryan asked if he had any book recommendations. One of Dr. Drew’s offerings was Epictetus and the rest is (ancient) history.

Since then Ryan has read Marcus Aurelius’s Meditations at least 100 times, created a community around The Daily Stoic brand, written books and articles inspired by Stoicism and been a keynote speaker at STOICON. He has probably been more successful than anyone in modern times in turning people onto Stoic Philosophy and it all started with one recommendation.

If Ryan Holiday found Stoicism, Stoicism found Tim Ferriss. And it was through need as much as want that the author/podcaster/entrepreneur decided to learn more. As he documented in The Four Hour Work Week, in 2004 Tim was suffering from severe burnout due to the number of hours he was putting into his business. Looking for ways to streamline and cut his workload, he came across a book of quotes and a line from Seneca jumped out at him:

We suffer more often in imagination than in reality.

The line changed his perspective and he has gone on to describe Stoicism as an operating system for thriving in high-stress environments; for making better decisions. Tim also regularly engages in the Stoic practice of premeditatio malorum (the premeditation of evils) as a way of defining his fears and assessing the risk of making certain decisions. His TED Talk describes this process in a practical way that anyone can follow –

But it’s not just authors and entrepreneurs that have recently had life-changing experiences with Stoicism. James Stockdale was a senior Navy pilot who was shot down over Vietnam in 1965. He counted himself lucky to have found the philosophy three years earlier:

I met old Epictetus back in graduate school in 1962. It was my great luck; in fact, it was a fluke that put us together. My favorite (philosophy) professor gave me one of Epictetus’s books as a farewell present as I left to go back to sea.

Lucky is one way of looking at it. As he parachuted into enemy hands in Vietnam, he said to himself: “Five years down there at least. I’m leaving behind the world of technology and entering the world of Epictetus.”

He knew he was about to put his Stoic training into practice in the most extreme way possible. During his years as a prisoner of war, more than four of which were spent in solitary, and the first two of those in leg irons, Stockdale clung to what Epictetus had taught him – they can take everything from you but they can’t take your will, your sense of reason. Focus only on what you can control. This mindset enabled him to effectively lead his fellow POWs. He was later awarded the Medal of Honor for his actions.

And Stockdale didn’t abandon Stoicism after his release. As Nancy Sherman noted when interviewing him for her book, Stoic Warriors: “Thirty-five years later, he still recites verses that were his salvation, his own words seamlessly blending into Epictetus’s, and Epictetus’s into his own.”

You can pick up Stoicism at any age, at any time, and you can learn at your own pace. Start with one philosopher and go from there. Like Ryan Holiday, like Tim Ferriss, like James Stockdale, you’ll still be feeling the benefits years later – Stoicism changes lives.