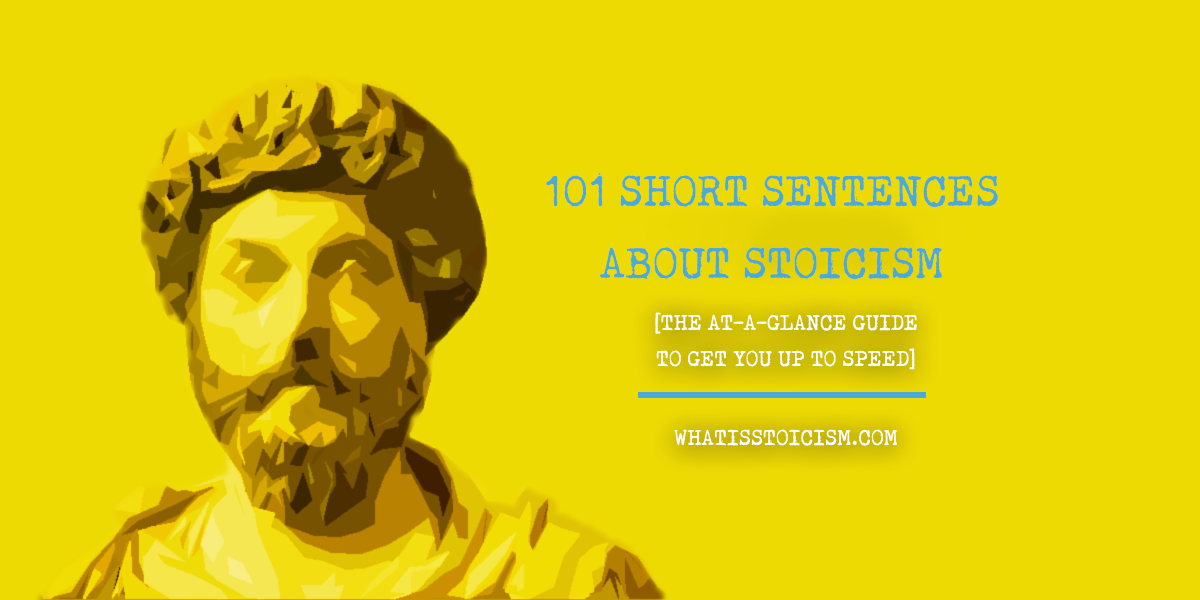 If you’re new to Stoicism, or just in need of a refresher, here are 101 short sentences covering the key concepts of the philosophy!

The Dichotomy of Control