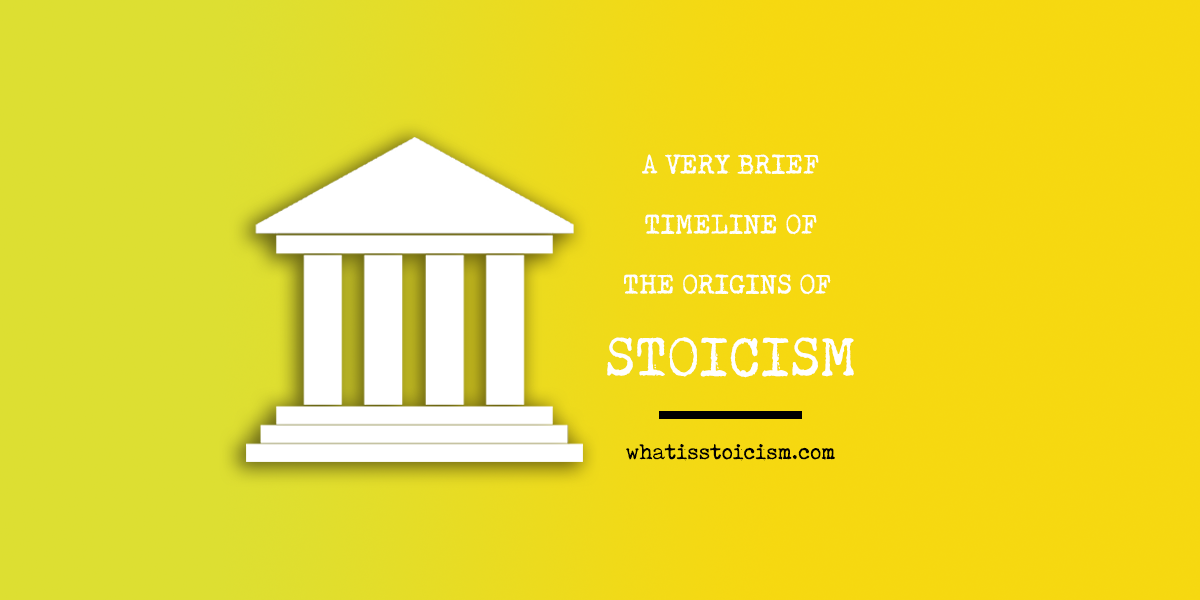 Check out the infographic or text below for a very brief timeline of the origins of Stoicism, the philosophy founded over two thousand years ago by Zeno of Citium!

The founder of Stoicism, Zeno of Citium, begins teaching in the colonnade in the Agora of Athens known as the Stoa Poikile. Taking their name from the location, they become known as Stoics.

Following Cleanthes, Chrysippus becomes the third head of the Stoic school and shapes much of what is now called Stoicism. The tenures of the following two heads, Diogenes of Babylon and Antipater conclude the period known as the Early Stoa.

1st and 2nd Century BC

The most notable Stoics from the Middle Stoa, a period which sees Stoicism make its way to Rome, are Panaetius and Posidonius. Both adopt a more eclectic view of Stoic philosophy.

Reign of the Philosopher King

From 161 – 180 AD, Marcus Aurelius serves as Roman emperor. His collection of personal writings, known as the Meditations, is considered one of the most important works by the ancient Stoics.